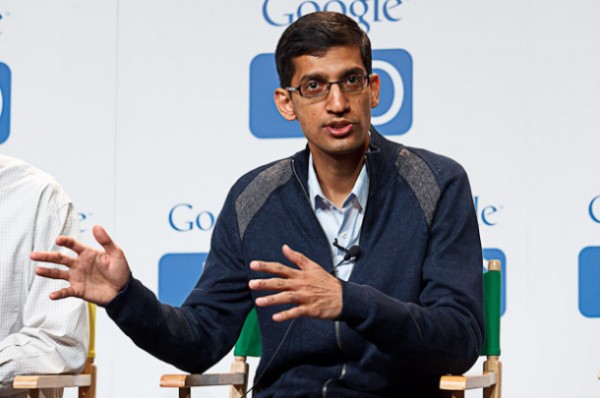 Sundar Pichai, who is currently Senior Vice President at Google, overseeing Chrome, Android, and Google Apps will be overseeing research, search, maps, Google+, commerce and ads, in addition to the products he already handles, according to reports from Recode and Reuters. Six executives who previously reported to Larry Page, including the heads of research, social media and search, will now report to Pichai, says Recode.

YouTube is being left with CEO Susan Wojcicki reporting to Page, this change will free Page from having as many direct reports and product units to oversee so that he can better focus on the bigger picture, the report adds.  Last week, Omid Kordestani became Google’s permanent chief business officer after he temporarily took over the position three months ago from departing Chief Business Officer Nikesh Arora.

Alan Eustace, who oversees an area called Knowledge that includes key areas of engineering; Amit Singhal, who heads up search; Sridhar Ramaswamy, who leads ads and commerce; and Urs Holzle, who oversees technical infrastructure and Dave Besbris, who leads social, and Jen Fitzpatrick, who oversees maps, will report to Pichai, according to Bloomberg.