Microsoft has updated Skype app for Windows Phone with a drawing tool that allows users to draw images and text on photos before sharing. The feature is arriving first on Windows Phone and Skype has not mentioned anything about iOS and Android release. 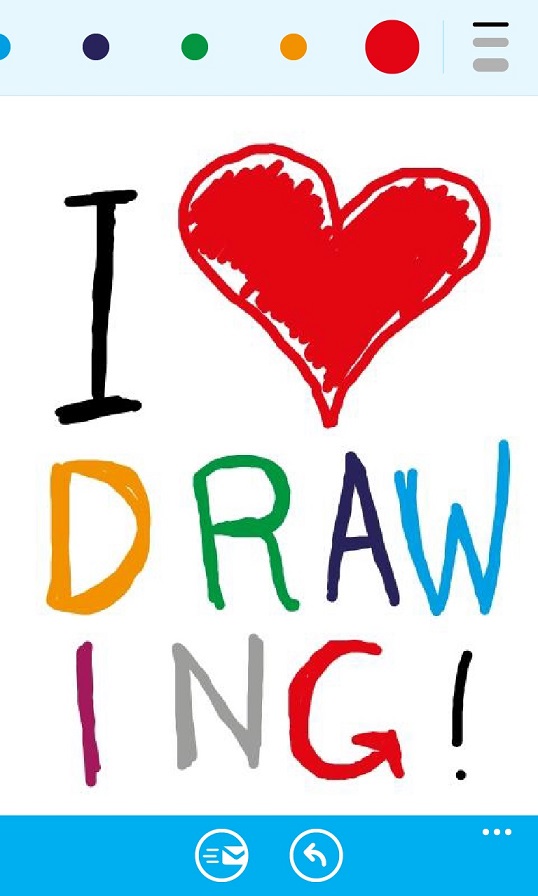 “Today we’re excited to release Skype 2.24 for Windows Phone 8.1 and Windows Phone 8, which brings drawing to Skype for the first time! Get creative and draw on a canvas, add silly touches to a photo or draw the fastest route on a map and share it with your friends and family.”

In order to draw on a blank canvas, users will have to tap “+” icon in any chat window and select “drawing.” You can also draw on top of photos as well as annotate Bing maps. The feature is similar to Snapchat app that lets you doodle on you photos. Also most recently, Facebook Messenger updated its Android and iPhone app with similar feature.

The recent update also brings HD screen support for phones with high-definition screens, adding some clarity to your video chats. Moreover, there is an improved background resuming and launching. Finally, users can now automatically sign in using the Microsoft Account linked to their phone.

You can update the Skype app for Windows Phone from here.