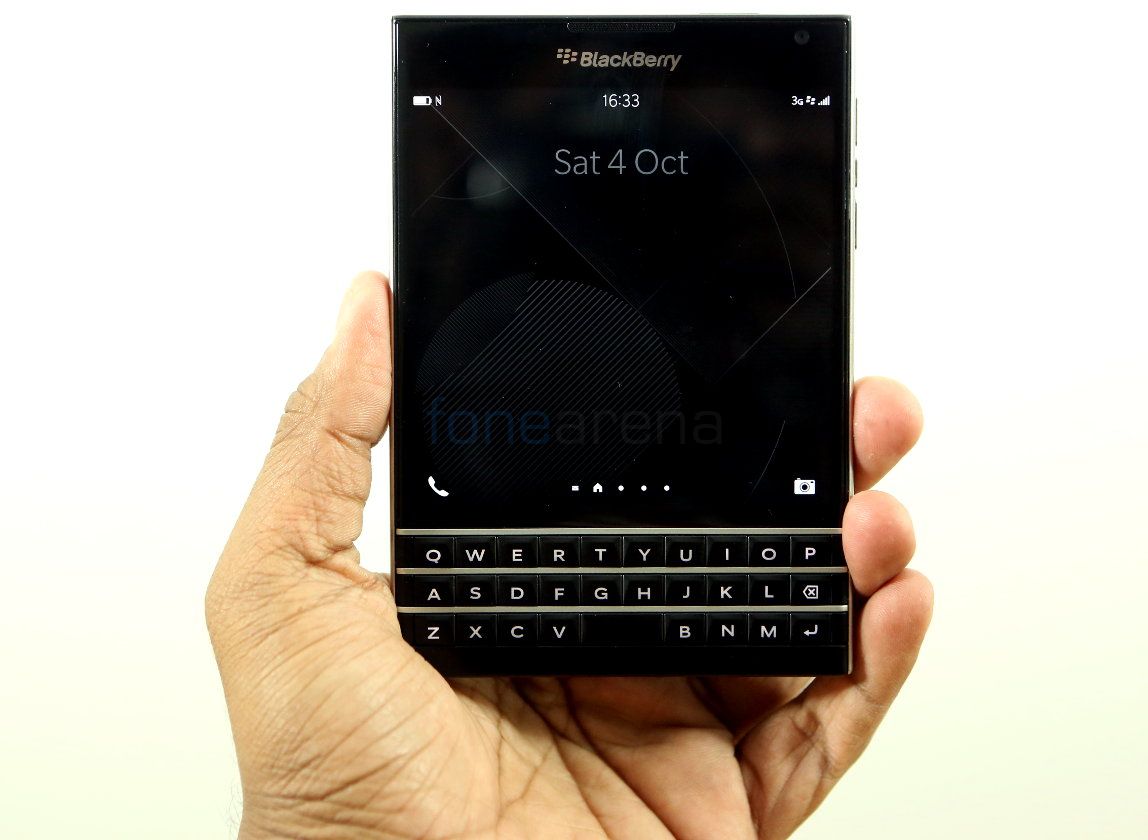 BlackBerry announced the Passport, its high end smartphone last month and it was launched in India recently for Rs 49,990.  Here is a quick sneak peek of the smartphone in pictures. 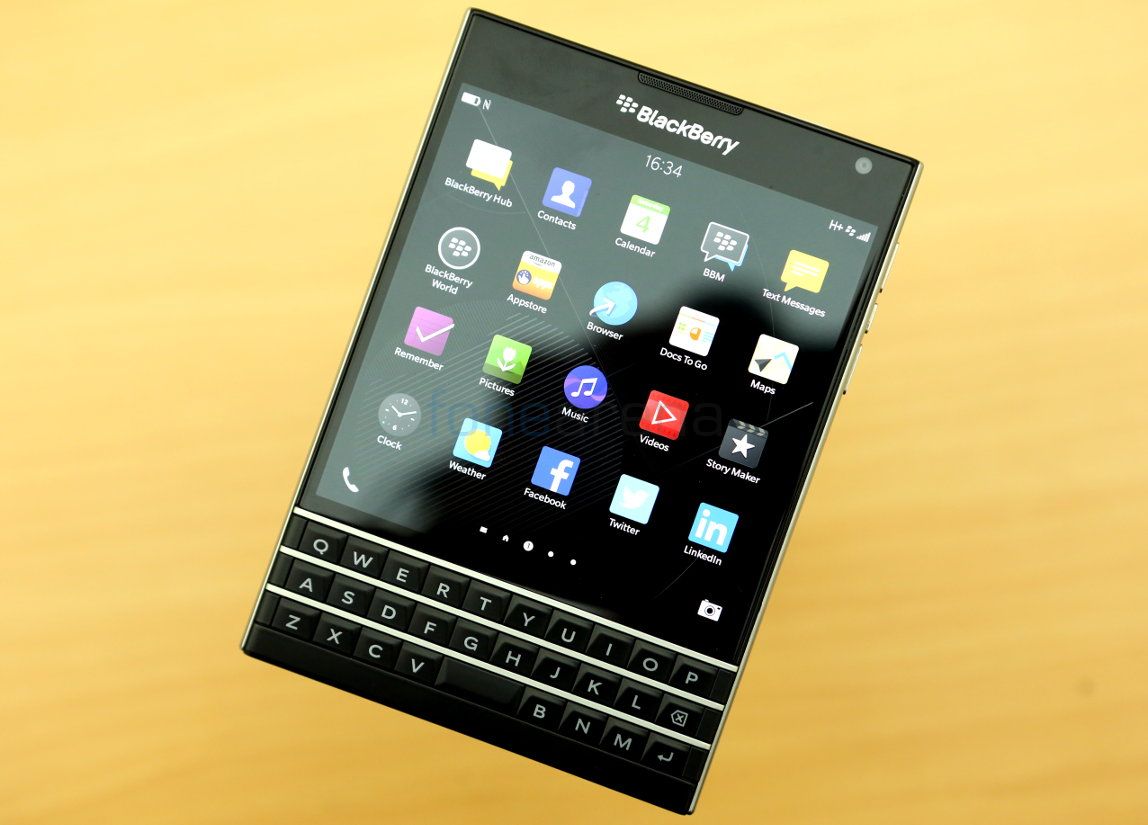 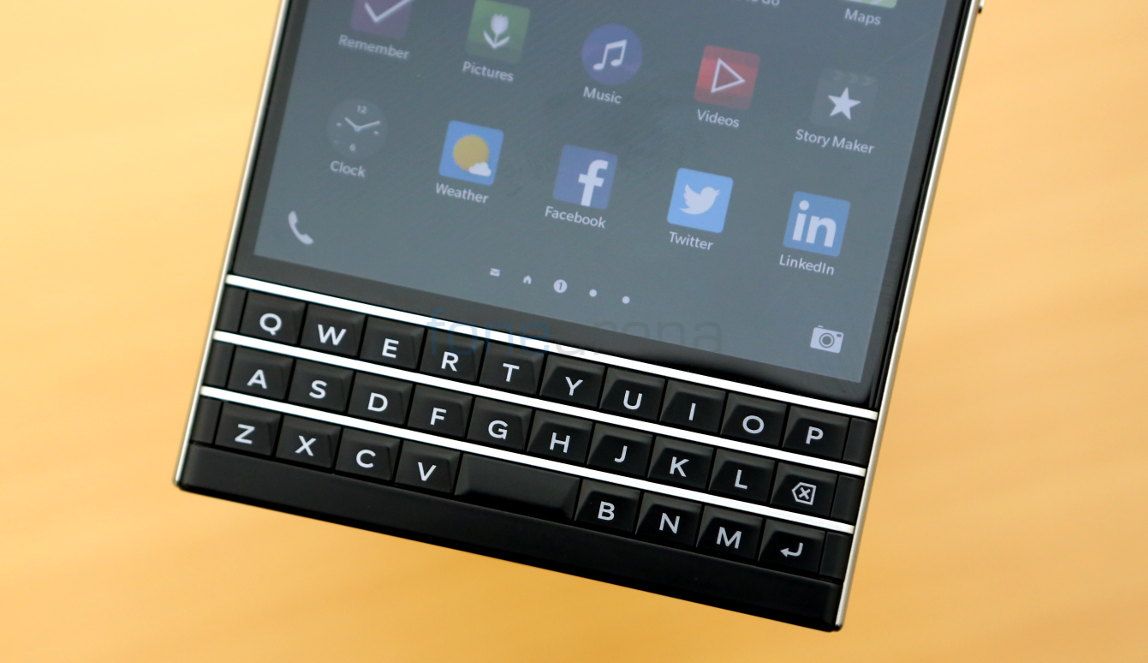 The BlackBerry Passport has a touch enabled QWERTY keyboard below the square screen. 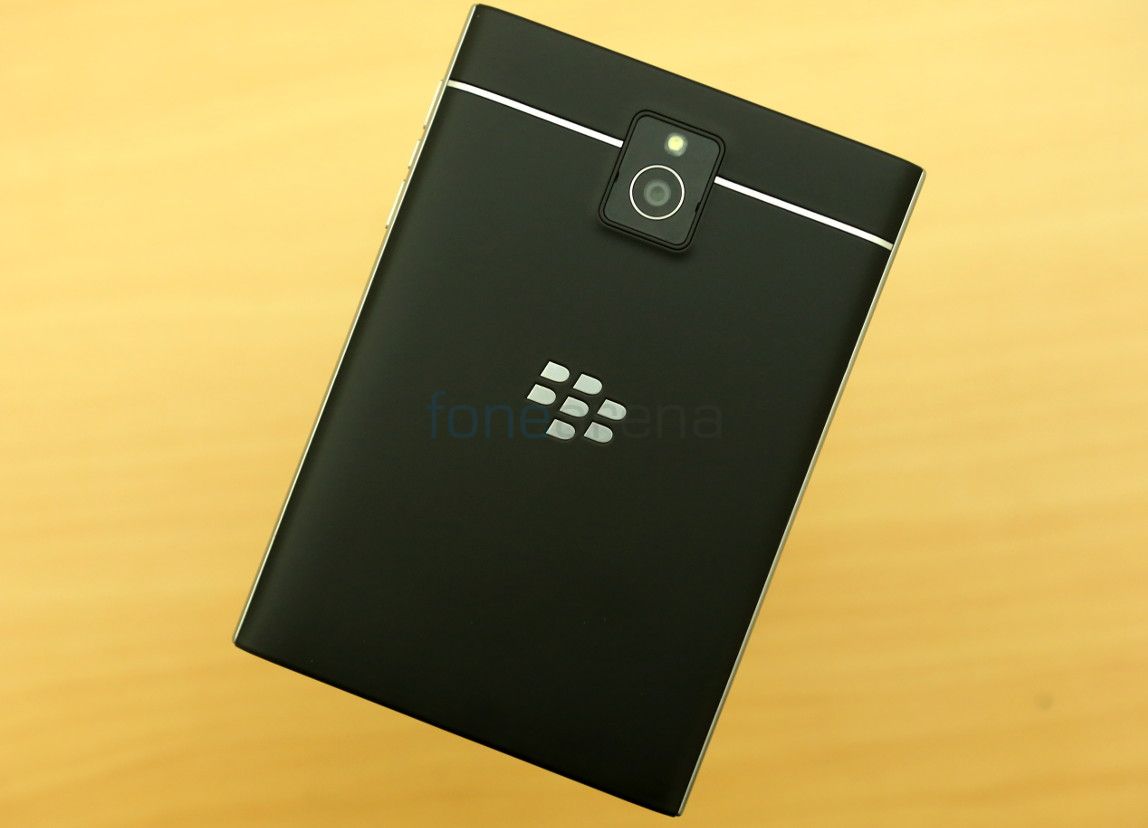 At the back the phone has the BlackBerry logo in the center while the camera is situated at the top. 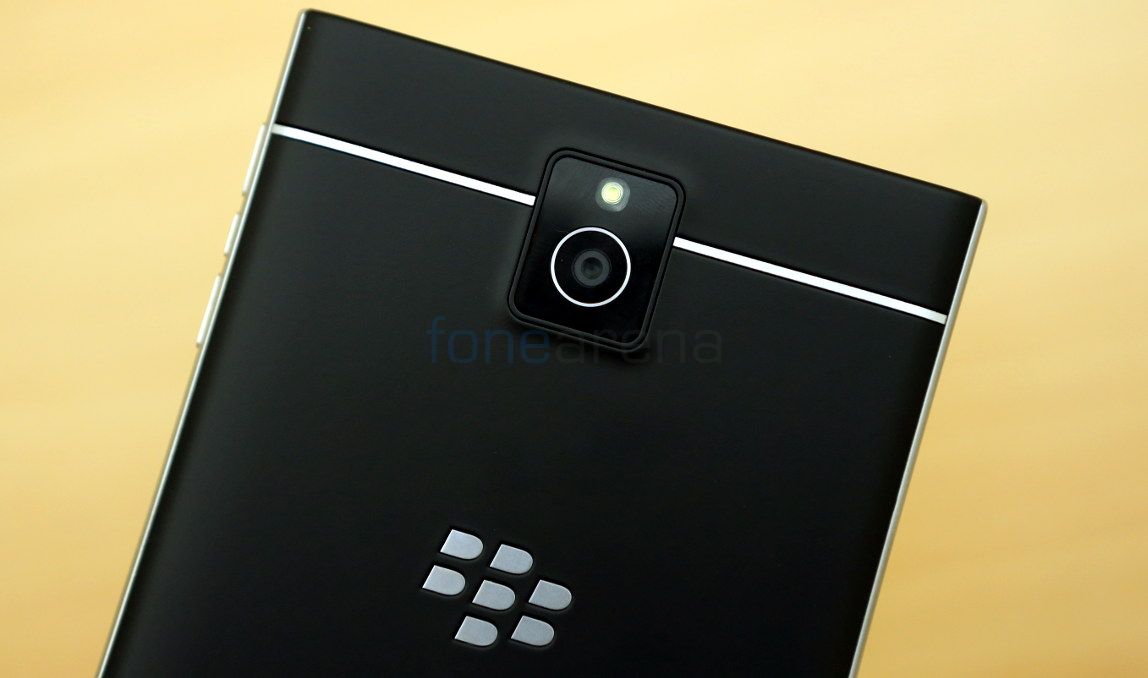 Rear camera on the BlackBerry Passport is 13MP with 6DOF OIS, BSI sensor, 5-element f2.0 lens. It also has a single LED Flash. The camera lens and the LED Flash is fixed inside a square. 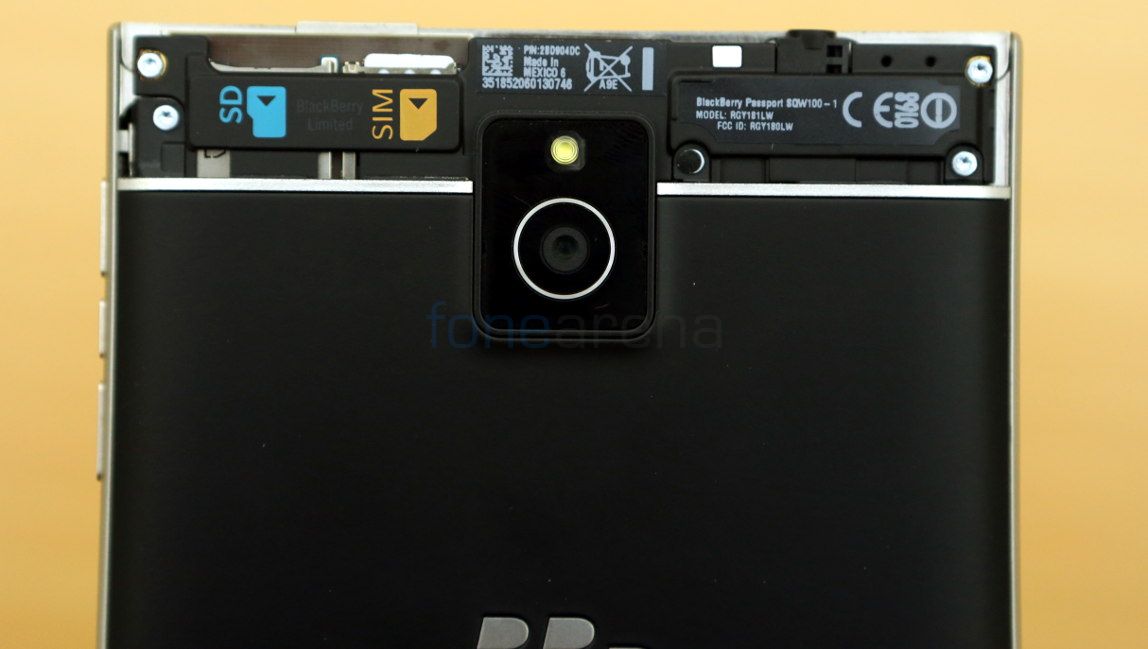 The back cover opens from the top of the camera where we can see the micro SIM and micro SD card slots situated next to each other. 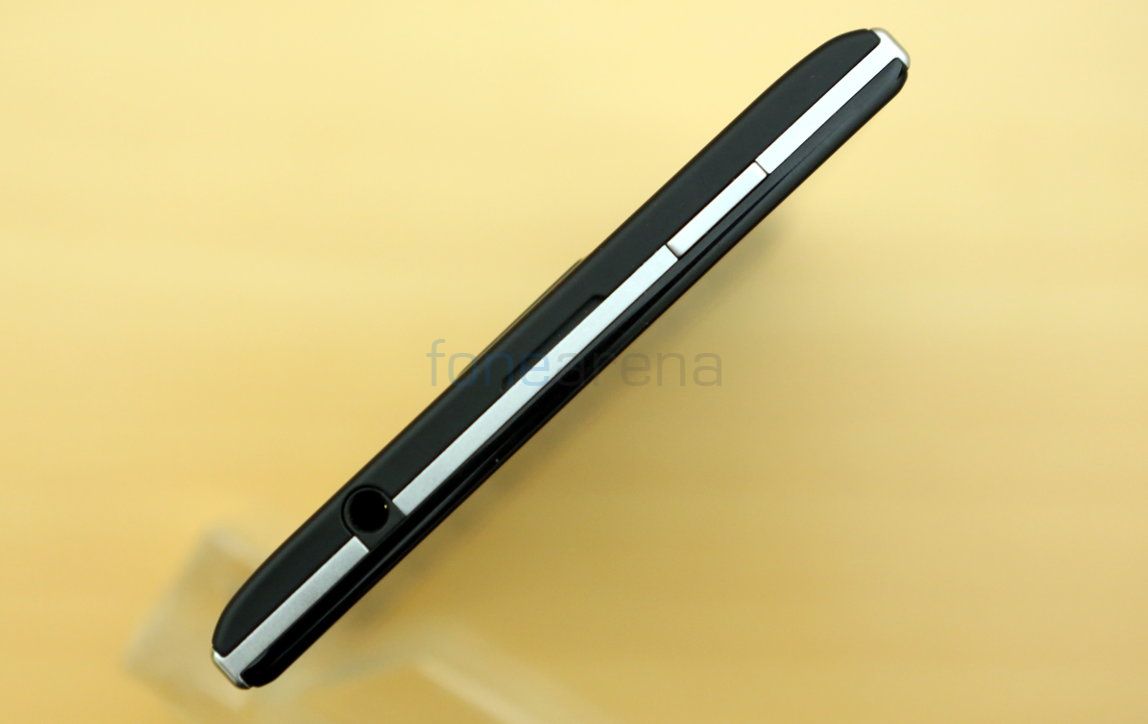 On the top we have the 3.5mm audio jack and the groove to open the top back cover. Also, the power button can be seen at the top. 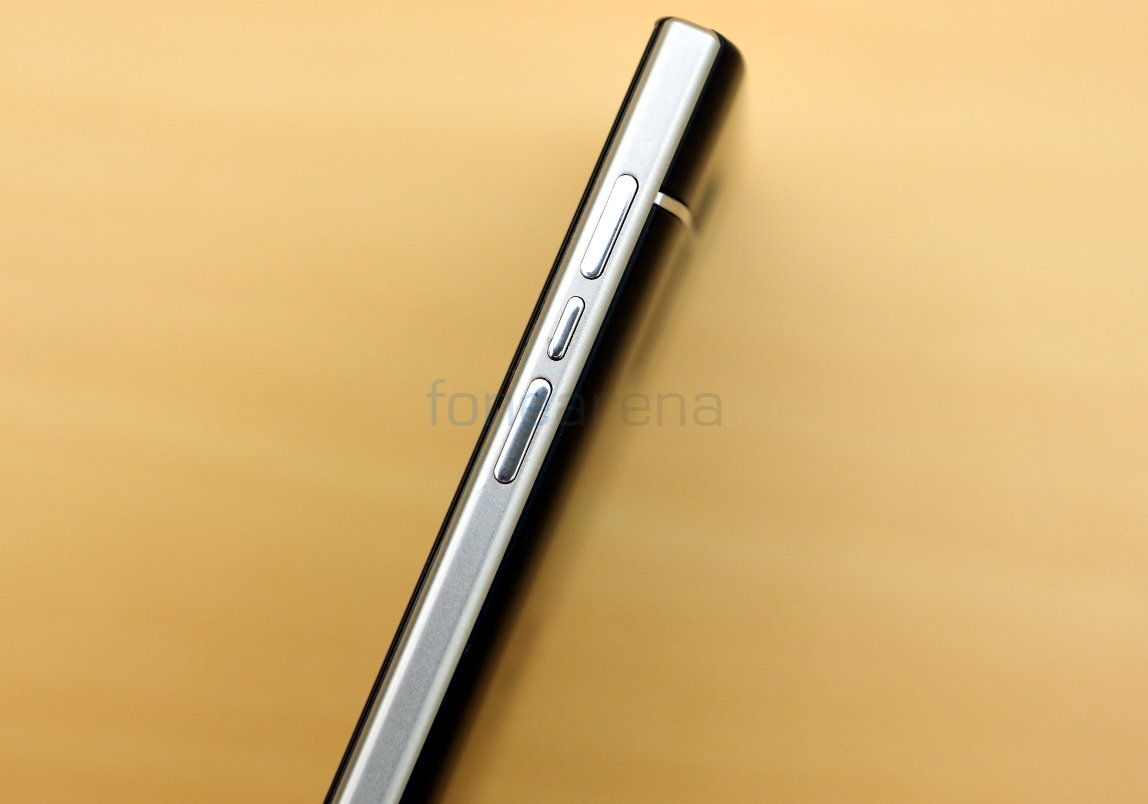 Volume rocker buttons are present on the right side of the phone along with the mute switch.

The micro USB port is situated at the bottom. The entire phone is encompassed by a stainless steel frame which gives it a premium look. There is a primary microphone on the rim and the loudspeaker grills are present below the rim. 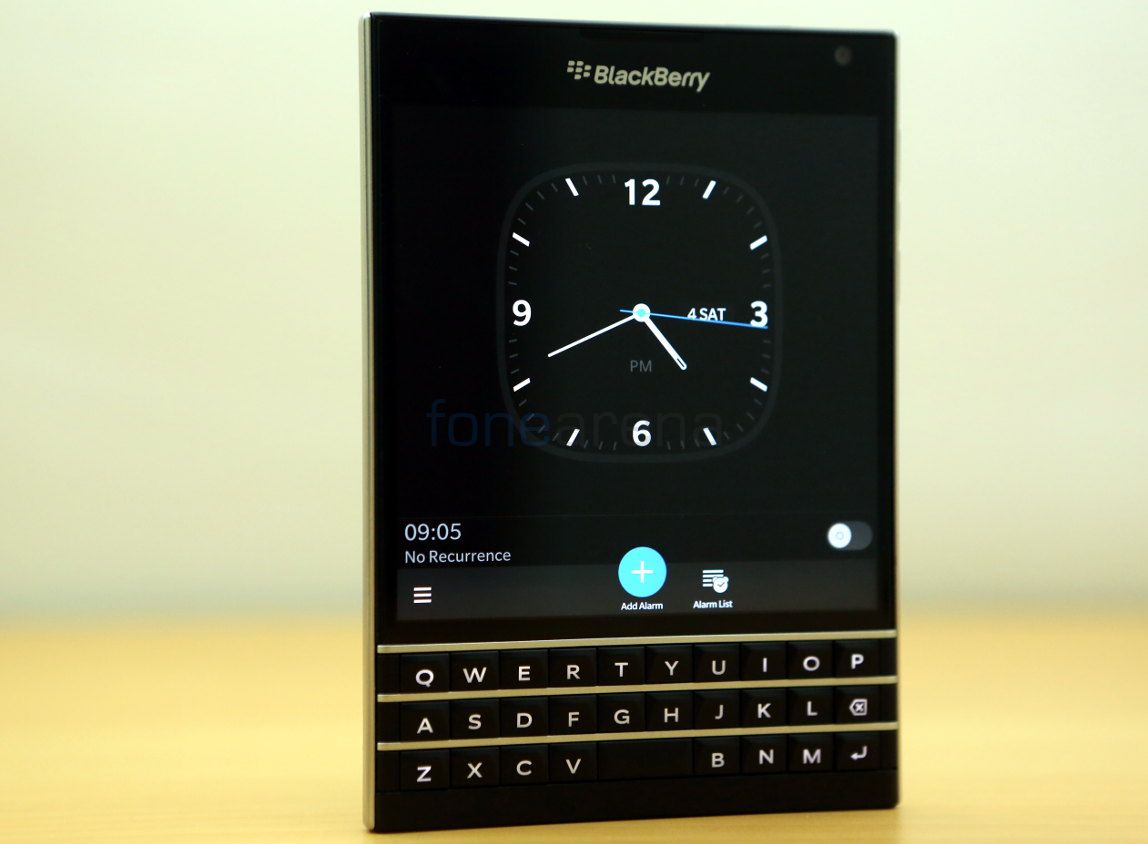 The BlackBerry Passport is powered by 2.2 GHz quad-core Snapdragon 800 (MSM8974-AA) processor with 450MHz Adreno 330 GPU. It has 3GB RAM, 32GB internal memory that expandable with microSD. 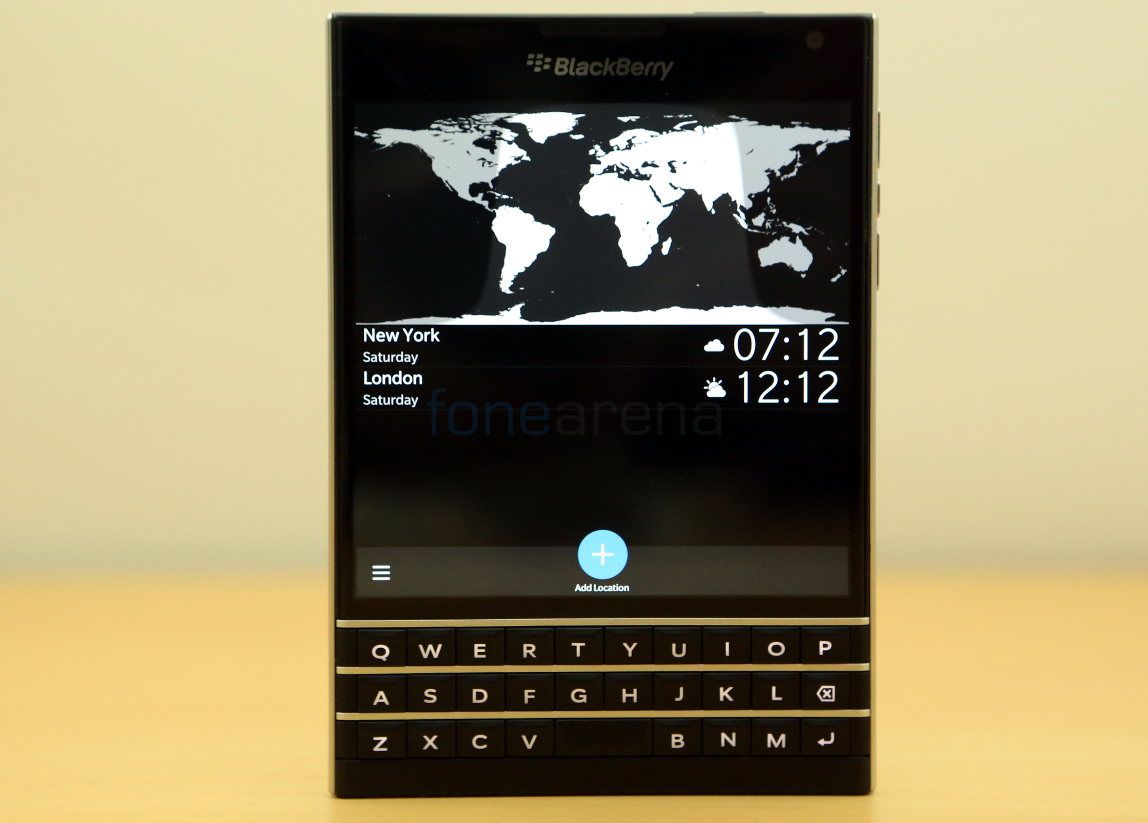 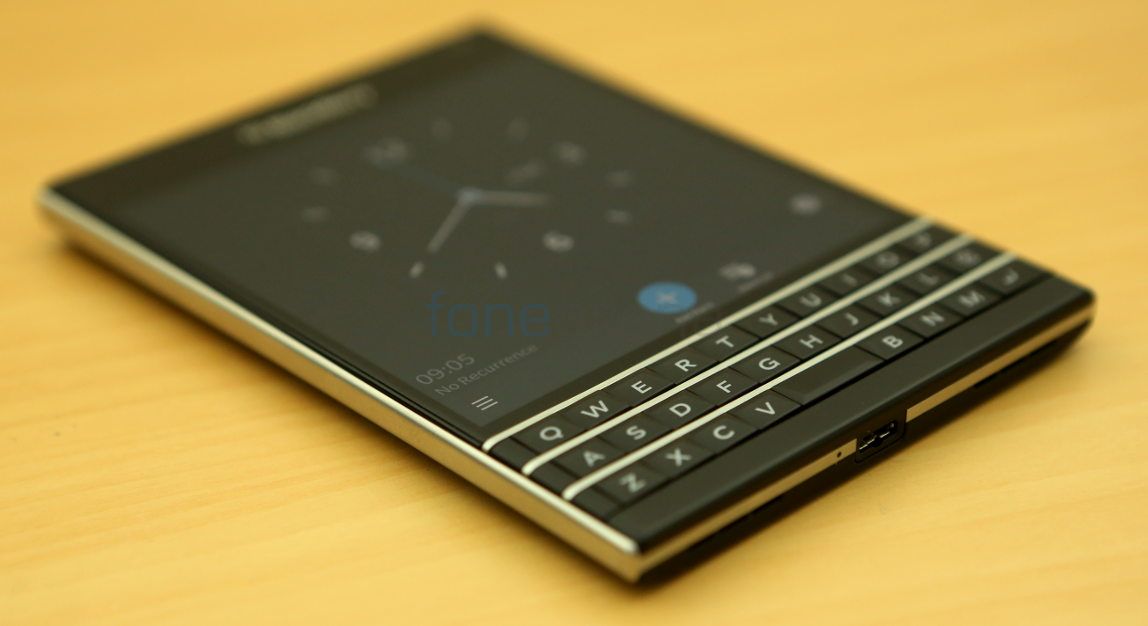 The BlackBerry Passport is available in Black and White colors.