Google was planning to bring Android apps to its Chromebooks for quiet some time now. Today, the company has finally taken its first steps and announced four Android apps for their Chromebook. 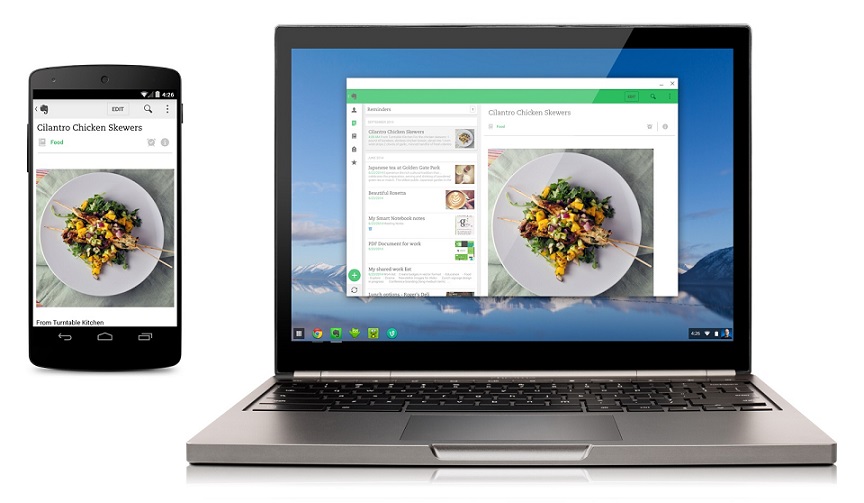 “Chromebooks were designed to keep up with you on the go—they’re thin and light, have long battery lives, resume instantly, and are easy to use. Today, we’re making Chromebooks even more mobile by bringing the first set of Android apps to Chrome OS”.

Google is bringing apps like Vine, Duolingo, Evernote and Sight Words to Chromebooks. We know Vine is short video service from Twitter, Duolingo is a language learning app, Evernote is note taking app and Sight Words helps to improve child reading skills. The company said that it is working on more favourite apps with selected group of developers and this is just the first batch of apps.

The Android apps are able to run on Chrome OS by using the App Runtime for Chrome, first announced at Google I/O in June. Still in beta, Google is keeping the runtime close to its chest and only allowing selected partners to run their apps on Chrome OS so far.