Motorola’s next iterations of smartphones have leaked on a German retailer site ahead of its launch today. Specifications of the Moto X+1 and Moto G have been mentioned on the site.

The site is referring the Moto X+1 as “Moto X” 2nd generation and it will sport a 5.2 inch screen with AMOLED display at 1080p. It will be powered by Snapdragon 801 CPU clocked at 2.5 GHz and Adreno 330 CPU, backed by 2 GB RAM and 16 GB internal storage. The new Moto X will have 13MP rear camera with flash and 2MP front facing camera.Furthermore, the phone will have camera functions like 4x Digital Zoom, slow motion video, continuous shooting, auto HDR, panorama, tap to focus. It will support Bluetooth 4.0 and LTE and a 2300mAh battery . The listing further states that its dimensions will be 72.4 x 140.8 x 3.8-9.9 mm and it will run on Android KitKat 4.4. 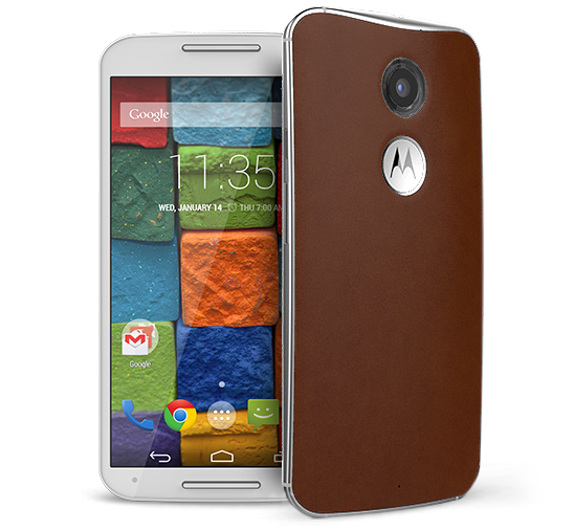 Moving on, the website also mentioned specifications of the next Moto G which it is touting as “Moto G” 2nd generation. As per the listing, the phone will sport 5 inch HD 720 p display screen. It will be powered by 1.2 GHz quad-core processor with Adreno 305 450 MHz, 1GB of RAM, 8GB of internal storage space. The camera on the back is 8MP with LED flash and the front camera is listed as 2MP and 720p recording at 30FPS. Moto G successor will support Bluetooth but no LTE connectivity and only 3G network with a battery capacity of 2070mAh.

The Moto G successor has been in talks for a while now and yesterday more images of the retail box leaked that were similar to ones leaked two days before.

The details and specs will be further confirmed when Motorola will unveil the devices at an event scheduled in India today.