A number of Samsung Galaxy Alpha leaks have been surfaced for quiet some time now. Earlier this week the phone was spotted with metal sides in white color. Today, the European variant of the Galaxy Alpha with model number SM-G850F has been approved by the FCC. 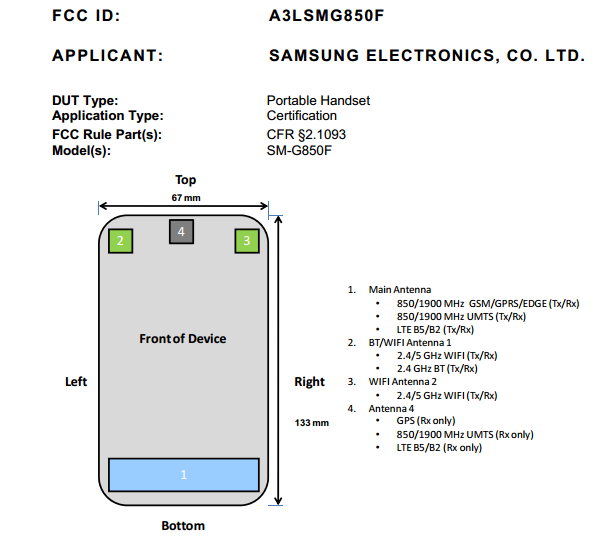 According to the Federal Commission, the Galaxy Alpha measures 133 x 67 mm which makes it smaller than the Galaxy S5 that measures 142 x 72.5 mm. The phone will support LTE along with 4.0 LE, NFC, dual-band Wi-Fi. Samsung Galaxy Alpha is expected to launch on the August 13. It will have a 4.8-inch 720p screen, an octa-core processor, most likely the Exynos 5 Octa 5433, which has four Cortex A15 cores and four Cortex A7 cores. Previous leaks have also stated that it is expected to boast of a 12 MP rear and 2 MP front camera.