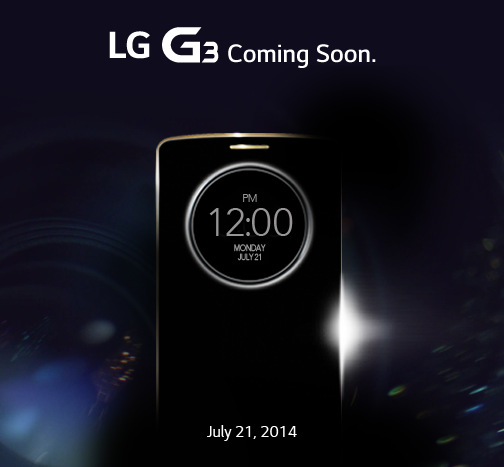 LG’s first QHD phone, the G3, may be available for online pre-sale in India, but the device still hasn’t seen an official launch in the country.However, a teaser (a bad one at that) from the Korean fabricator reveals that the device will see a launch on the 21st this month, which is just over a week away from now. LG India tweeted the following picture earlier today, about which we’re talking:

The wait is about to get over. #LGG3 is coming soon to India! Stay tuned! https://t.co/9qu2dcFHu3pic.twitter.com/l2eYjpQJ3V

With QHD devices fast becoming the standard for flagships this year, LG wouldn’t want to delay the G3 launch. Another QHD device, namely the OPPO Find 7, launched in India last month but is still not available to purchase. The device was launched at 37,990 INR in the country, and it will be interesting to see what price tag the LG G3 goes with; however, it’ll be safe to assume that it will be beyond the 40k INR mark.