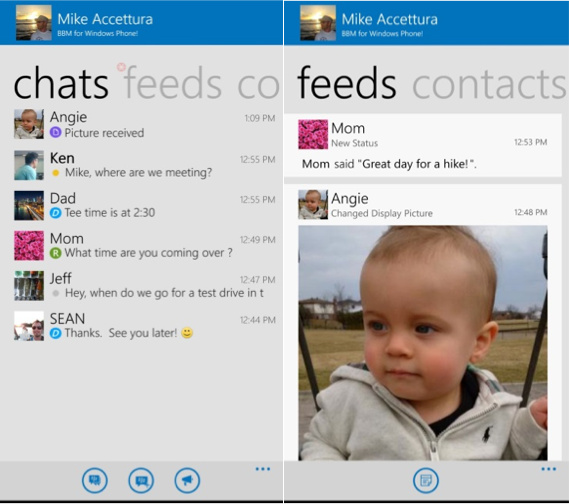 BlackBerry offers native UI for BBM that brings clean, modern design of the Windows Phone UI. It has three tabs – Contacts, Chats and Feeds. You can swipe left and right will move you between these three pages. Footer has common activities and additional controls are available in the menu. BlackBerry plans to introduce stickers, BBM Voice, BBM Channels and location sharing powered by Glympse in coming months.

If you are interested to try out the beta version of BBM for Windows Phone and help the BlackBerry team to improve it by reporting bugs, you can apply for the beta program at BlackBerry BetaZone. The first beta version is expected soon and the full release is for the public is expected in coming months.