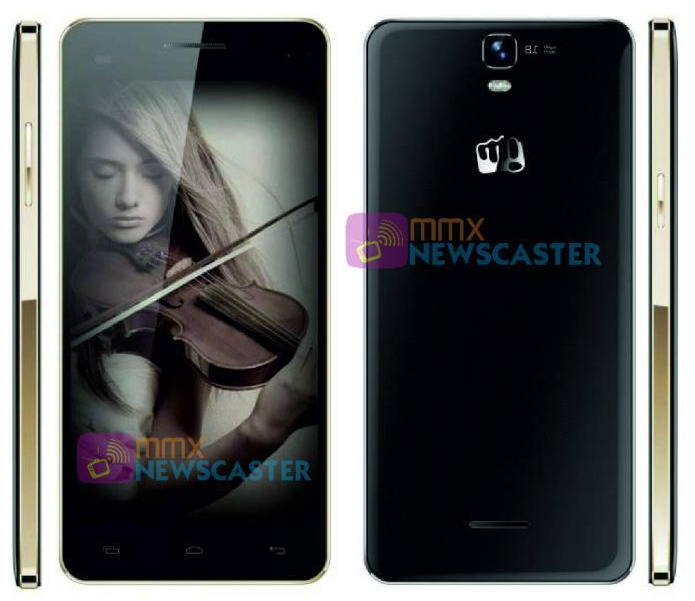 Micromax launched the Canvas Turbo Mini A200 with quad-core MediaTek MT6582 processor earlier this year, now the press image of the Micromax A190 has been leaked by @MMXNewscaster along with the specifications. The smartphone is expected to be powered by a 1.5 GHz hexa-core MediaTek MT6591 processor. Karbonn was the first company to launch its Titanium Hexa with this processor and the Xolo Play 6X-1000 that was unveiled last week is also powered by the same MT6591 processor.

Other specifications include, 5-inch HD display, Android 4.4 (KitKat) OS, 8-megapixel rear camera with LED flash and a 2-megapixel front-facing camera. It comes with Dual SIM support and 3G connectivity. It would come with 1GB RAM, 8GB of internal storage with expansion slot. The back cover is removable that houses SIM card and microSD card slots, says MMXNewscaster.

It is not clear when Micromax plans to launch the A190 smartphone. According to earlier leak the company is also working on a LTE smartphone with NVDIA’s Tegra 4i processor.