Google’s senior Vice President for Android and Chrome, Sundar Pichai announced at the ongoing I/O developer that there are more than 1 billion 30-day active users.  This is up from 538 million active monthly users during the same period last year. 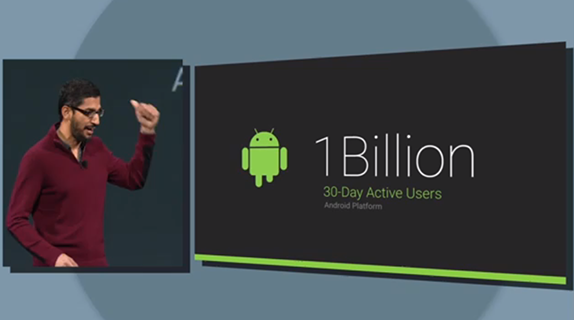 Pichai further touted that Android users are sending out 20 billion text messages per day. He said that users are checking their phones 100 billion times per day. Giving insights about the ongoing selfie phenomenon he revealed that people are taking 93 million of them each day.

Moving on, he further stated that Android tablets are continuing to increase its market share in the world and they account for 62% of the market share which is up from 46% since last year. Finally, Pichai said that Google’s video platform YouTube has increased viewership from 28 percent last year to 42 per cent this year