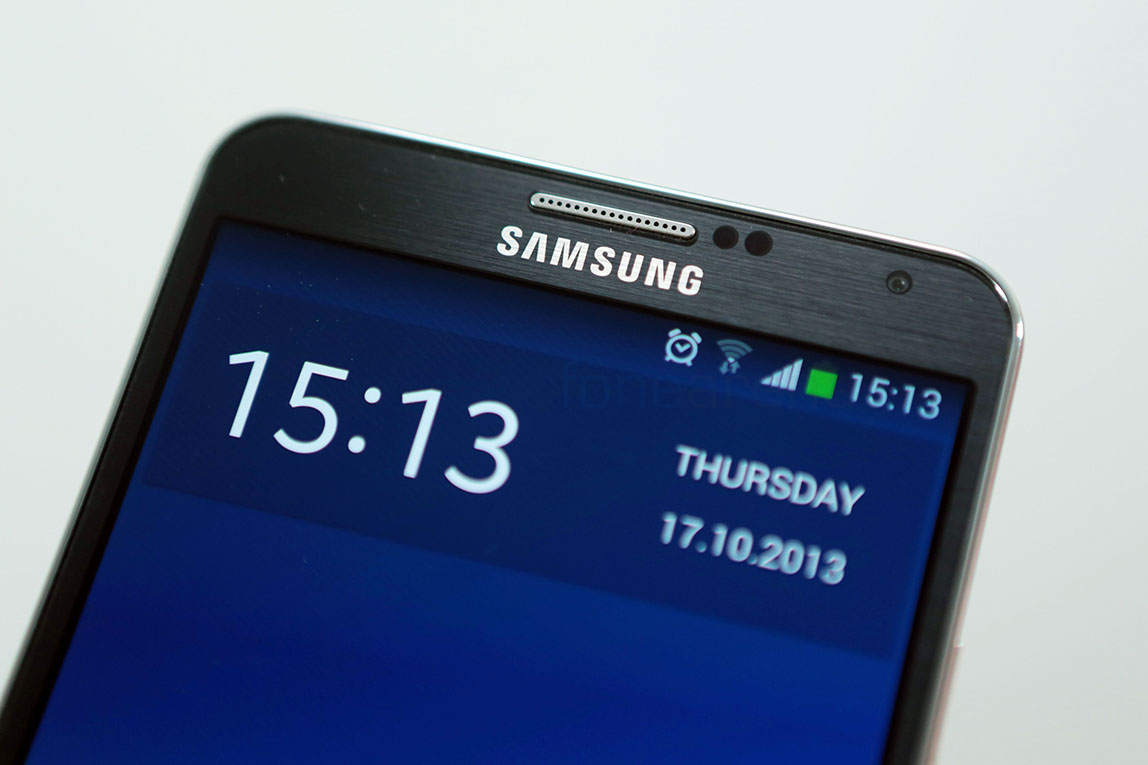 Samsung usually upgrades their Galaxy Note series once a year, usually in September at the IFA. Rumors about the Galaxy Note 4 started soon after the Note 3 launch. Today the Snapdragon (SM-N910S) and the Exynos (N910C) variants of the Note 4 have surfaced on the AnTuTu benchmarks reveals details specifications of the smartphone.

According to the benchmark listing, the LTE variant is expected to feature a quad-core Snapdragon 805 processor with Adreno 420 GPU, similar to the recently launched Samsung Galaxy S5 LTE-A. The Exynos variant would feature an Octa-Core Exynos 5433 (ARM Cortex A57 + ARM Cortex A53) 64-bit processor with Mali T760 GPU. 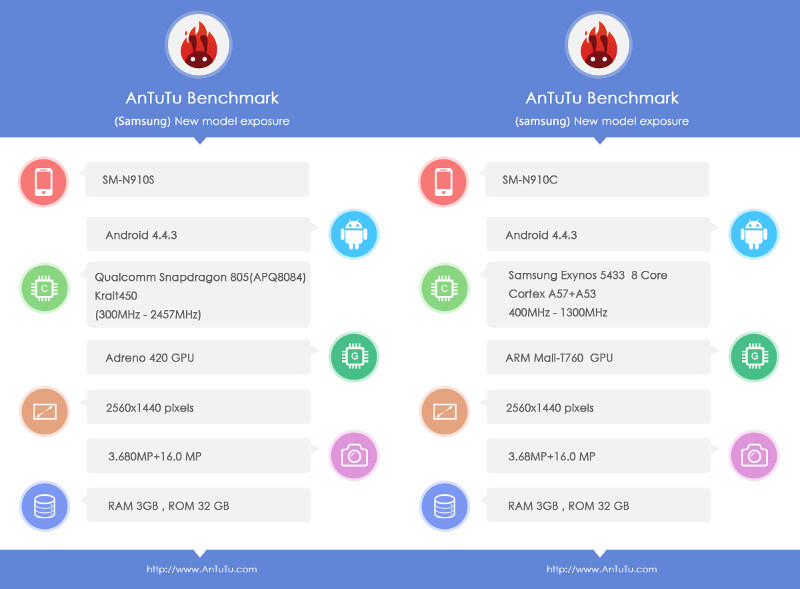 Other features would be similar in both the variants, including a Quad HD display at 2560 x 1440 pixel resolution, Android 4.4.3 (Kitkat), a 16-megapixel rear camera, 3.6-megapixel front-facing camera, 3GB RAM and 32GB of internal storage. Even though the display size is not mentioned, a recent shipment manifest revealed a 5.7-inch screen. It could also come with microSD card slot. 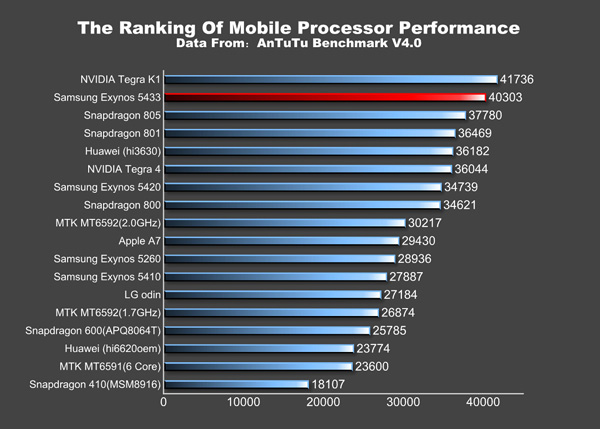 AnTuTu has also posted AnTuTu 4 benchmark scores that shows Exynos 5433 Octa-Core chip perform better than Snapdragon 805 in benchmarks, but Tegra K1 scores over 41k points and grabs the top spot. This seems to be running on four Cortex-A7 and four Cortex-A15 cores instead of Cortex A57 and Cortex A53 64-bit CPUs as shown in the listing above.

According to earlier rumors the Note 4 is also expected to feature a new design and come with new software features for S Pen.