With an aim to enhance its photo offerings further, Dropbox has acquired Bubbli for an undisclosed sum. It is a 3D photo startup that enables users to create 360-degree photo “bubbles,” with sound. In other words the app incorporates 3D technology into 2D photos. 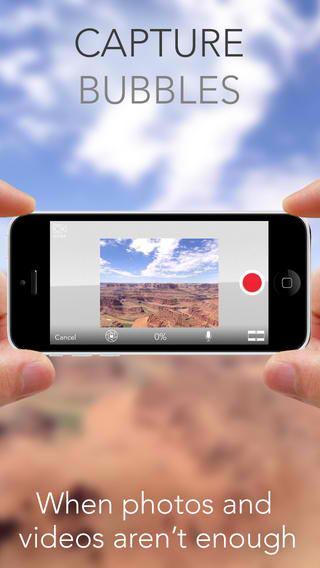 The news about the acquisition was sent out to Bubbli users, according to TechCrunch.  Dropbox purchased the company for its three-dimensional photo stitching technology. Bubbli’s iPhone and iPad app was release in October last year and it will continue working despite the acquisition. However,  considering Dropbox’s previous acquisitions it seems like the app might be taken down soon.

We’re thrilled to be joining Dropbox. Bubbli’s goal has always been to capture experiences in a way that feels like you are not just viewing photos, but reliving memories. By joining forces, we’ll be able to continue to transform how you experience your memories on a much larger scale.

said, co-founders Ben Newhouse and Terrence McArdle in the notice.

This latest acquisition comes from Dropbox nearly a month after scooping up cloud storage company has bought photo-sharing company Loom Inc. and document-sharing startup Hackpad Inc. The cloud storage company also rolled out Carousel app on Android and iOS that combines photos and videos in your Dropbox with the photos on your phone, and also automatically backs up new ones as you take them.

Dropbox faces tough competition from Google Drive, Box and Microsoft’s OneDrive. Hence, it is striving to expand and become more than just a cloud storage company.