Moto G garnered great reviews for being the best budget smartphone but the phone lacked LTE support. Seems like folks over at Motorola have realized the demand as a Moto G LTE variant has been spotted on Amazon. The possibility of a Moto G LTE had surfaced in April. At the same time it was reported that the company is working on Moto G Ferrari Edition. 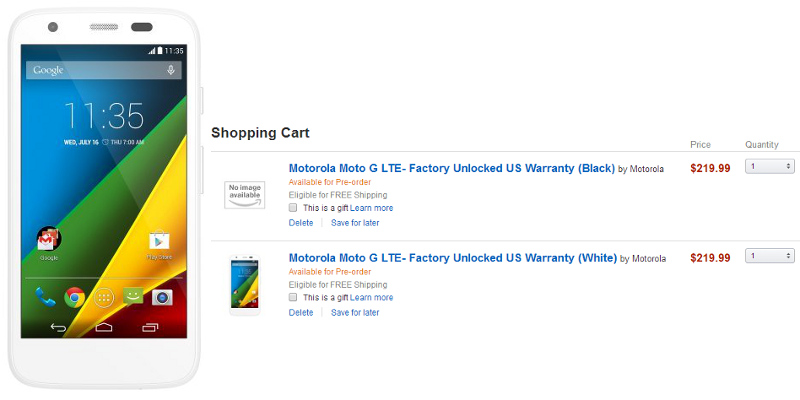 Motorola is gearing up for the Moto E launch which is scheduled today inIndia and London. Hence, the company can announce the LTE variant at the event. Moto G and Moto X have been a success in India. Will  Motorola win more hearts with this latest low end device?