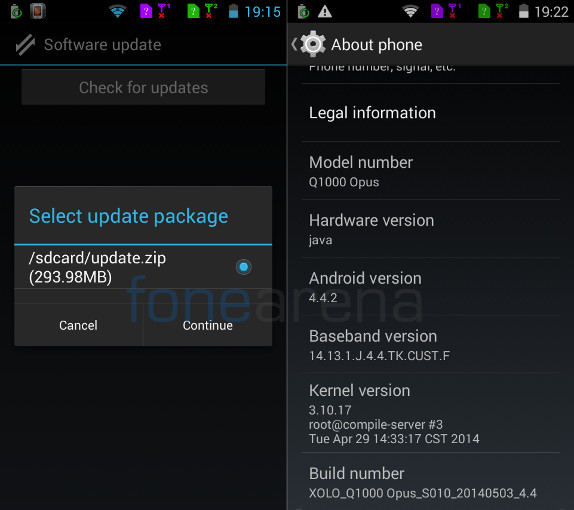 Xolo has released Android 4.4.2 (KitKat) update for the Q1000 Opus that was launched back in December last year running Android 4.2.2. This is the company’s first smartphone with a quad-core Broadcom chip in the Q CORE series and also its first smartphone to get the KitKat update. The company had released several minor updates for the phone since the launch. It released a minor update back in January to fix camera bugs.

It released another minor update earlier this month for camera and touch screen optimizations. At that time Xolo confirmed that the phone would get Android 4.4.2 in the next update. The Kernel is dated April 29th and the build number is dated 3rd May 2014. There is no official changelog for the update.

This update is not available over-the-air (OTA), you have to download the 294MB file from the official Xolo website, rename it to “update” from “update_Kitkat” and load it to the smartphone manually. You can find out the complete instructions from the Xolo support page.