Nokia HERE might soon land on other popular platforms like Android and iOS, according to a job listing. The company has posted a job offering on LinkedIn which suggests that Nokia is planning to offer its native HERE apps to other platforms besides its own and Windows Phone. 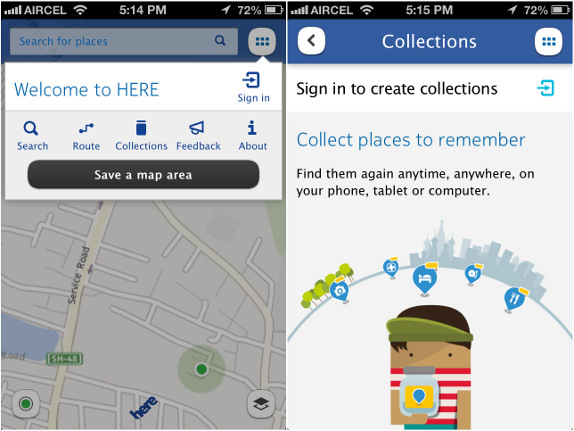 As per the job posting, Nokia is looking for a software engineer that “will design and build advanced location-based services applications for the Android and iOS platforms” among other tasks. The posting does not mention a specific HERE app for which it is planning to recruit. However, there are two postings for the job one of which is for an iOS/Android developer that produces mobile SDKs. While, the other one is or an Android  Mobile App Developer for HERE crowd mapping.

Nokia recently completed its sale of device and services business to Microsoft after initial announcement in September last year. The company had pulled the iOS version of its Here Maps app from iTunes at the end of 2013 because of incompatibility issues with iOS 7.