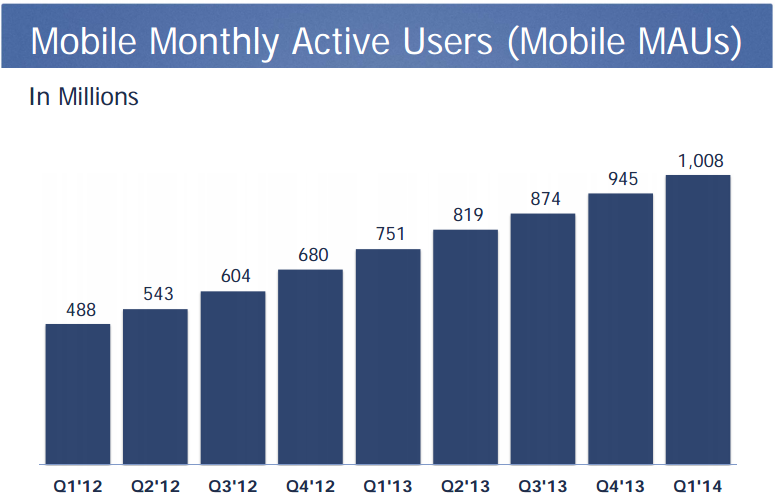 Facebook’s business is strong and growing, and this quarter was a great start to 2014. We’ve made some long term bets on the future while staying focused on executing and improving our core products and business. We’re in great position to continue making progress towards our mission.”

Beating Wall Street expectations, Facebook reported $2.5 billion in revenue, a 72% increase over revenues from Q1 2013.  Facebook recorded 59% of advertising revenue from mobile, as compared to 30% a year ago. The company is expected to reveal a new mobile ad network soon.