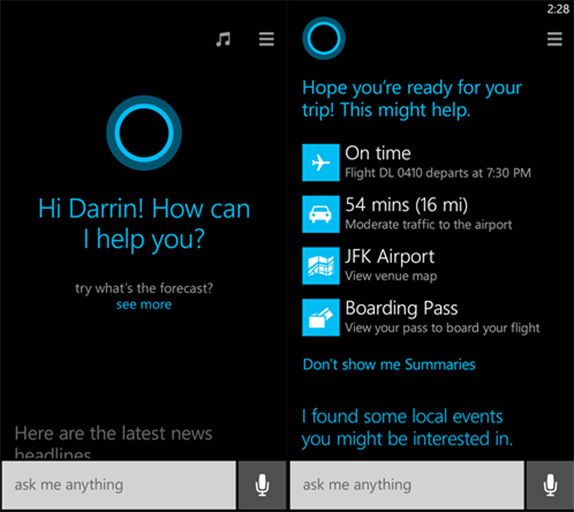 Cortana, once popular for being Master Chief’s personal assistant, is now truly digital, as it takes the form of Windows Phone’s own virtual assistant. Cortana is Microsoft’s take on Siri and Google Now, currently the two popular voice assistants for iOS and Android respectively. While Siri took a more personal approach to an assistant, Google took it another way with contextual search and ambient presence, while Cortana is trying to marry the both. Powered by Bing’s neural networks, Cortana literally takes advantage of all the data mined over the search engine’s life time. And not only that, it will learn you like Google Now on actions and like Siri on personal detail, which makes it a decent competitor to Google.

While the video above doesn’t give a lot of detail on Cortana, it captures the idea that it is based on. Bing’s massive data of the internet powers Cortana’s results and simultaneously aids in machine learning. It also powers the natural language interactions, nonsensical questions included. It can tell you when you have your next flight and can even tell you when to start, according to the traffic conditions from Here Maps. So, in terms of functionality, it makes a formidable competitor to Google Now. 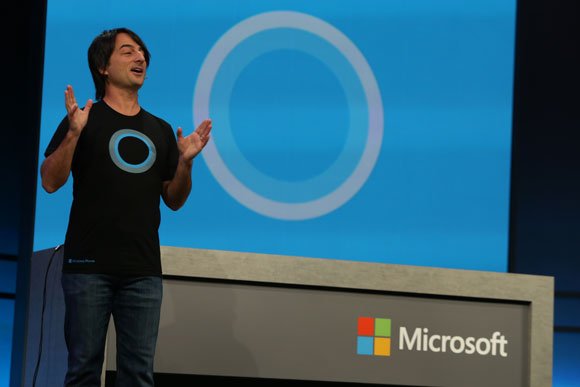 The way Cortana works is, by keeping a notebook for your interests, reminders, your search preferences, your personal details and more. Every time you have a conversation, it references the notebook for producing results that become more accurate over time. The notebook also keeps track of important stuff in your e-mail, like flight schedules, and general stuff like work and home route suggestions, then sets custom reminders with respect to time. Cortana works with both voice as well as text, and one can even have a natural conversation with it in text. You can set up your inner circle members with assigned family members, which Cortana can then use for referencing. This makes the interaction even more personal and this is where you know it combines both Siri and Google Now in equal measures.

And not only that, Cortana can also work with third party apps with specific voice commands that will work across the system. For example, one can say “Foursquare checkin” and Cortana will directly take you to the checkin screen of the third party foursquare app. This functionality is already available on Windows Phone 8, but on a lesser scale, but here we expect the natural language interactions to make a difference. Talking of natural language, the assistant is in beta and will be available to the US first, UK and China by end 2014 and other countries to follow in 2015. For us Indians, it will be 2015, which might be the year when Microsoft finally brings its Bing services to the region. Cortana can be seen in action in this video –

We will also be bringing you our own hands on video of Cortana on Windows Phone 8.1 soon, so stay tuned till then and let us know what you think of Cortana in the comments section below.