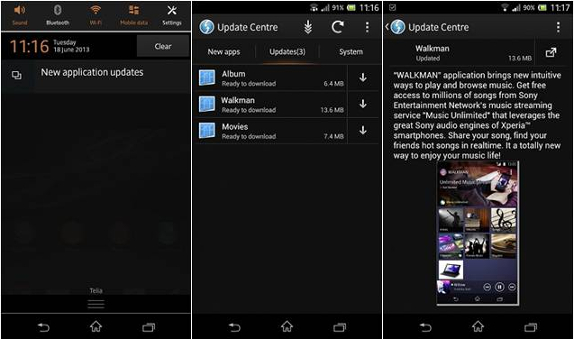 Sony Mobile has announced that they have started to roll out an update to the Sony Media apps, WALKMAN, Album and Movies that brings lot of new features including integraded cloud services. Other features include, better playback, Clear Audio+ presents and social features for the WALKMAN app, Recall Playback and Favorites feature in the Album, option to resume playback from the paused location and a revamped UI for the Movies app.