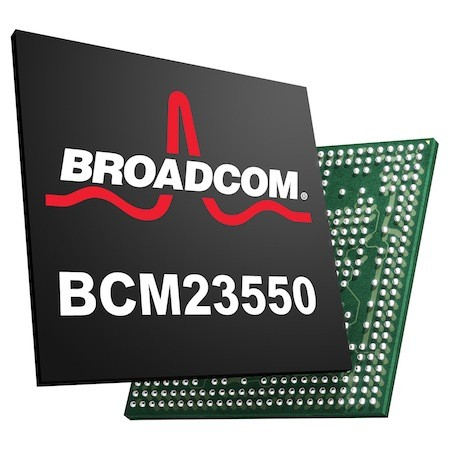 Broadcom has announced their first qaud-core chip that is aimed at entry-level mass market customers. The Broadcom BCM23550 would directly compete with MediaTek MT6589 that is being used on most of the affordable Android smartphones. Broadcom signed up for  ARMv7 and ARMv8 Architecture licenses earlier this year. The new chip uses Broadcom’s own VideoCore IV technology with support for OpenGL ES 2.0 3D graphics processing, that is used in most of their chips including the BCM28155 on the Galaxy Grand Duos.  END_OF_DOCUMENT_TOKEN_TO_BE_REPLACED