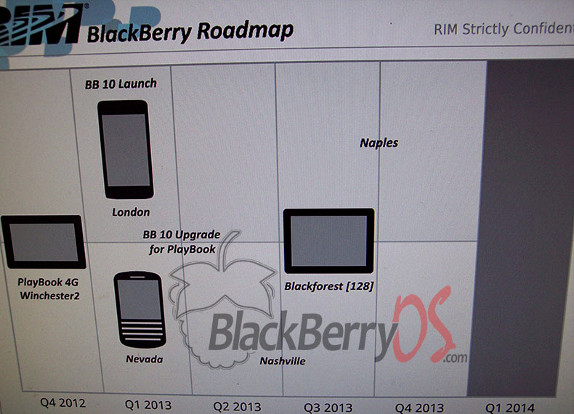 RIM announced at the earnings call last week that the first BlackBerry 10 would only be available in Q1 2013. The 2013 roadmap for BlackBerry 10 devices has surfaced in the leaked slides. This shows the list of devices and the their release time. The 4G PlayBook would be released in the last quarter of this year as RIM said. They have already confirmed that PlayBook would get BlackBerry OS 10 post launch, which is expected in Q1 or Q2 2013 according to the roadmap. The BlackBerry 10 devices that would be available starting in Q1 2013 that includes BlackBerry L and N-series smartphones and a 10-inch BlackBerry PlayBook code named Blackforest for Q3 2013. END_OF_DOCUMENT_TOKEN_TO_BE_REPLACED