Earlier this week, we reported that Apple had started to decorate Yerba Buena Center with colorful banners for the upcoming media event on September 12th. The decoration have now been completed. At first glance, there seems to be no obvious hints regarding Apple’s announcements, but now a MacRumors reader points that an eagle eyed shot shows stretched iOS icons. 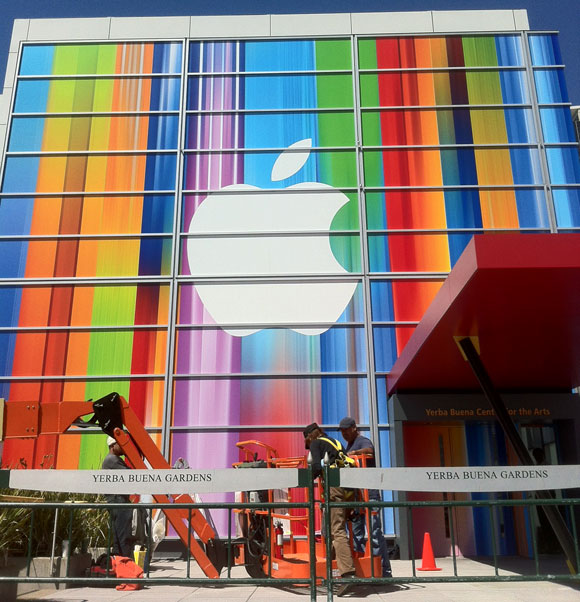 After shrinking and skewing several images, they have seemed to verify his findings. The reader points out that you can see stretched versions of iOS icons including Game Center, iTunes, Music and App Store in the image and provides an example image. Very clever if true.

Speculation has it that these stretched icons hints at a long-running rumor that Apple will be introducing a taller iPhone with a 4″ diagonal screen. The event is scheduled to begin at 10 AM PST on September 12th.

As Apple’s media event scheduled for September 12th nears, the company has already started to make preparation at Yerba Buena Center for the Arts in San Francisco where the event will be held. Apple has started to put up colorful banners on the exterior of the building. The colorful banners seem to suggest that Apple will also be introducing multicolored iPods during the event. The company usually posts colorful graphics signifying its events at the site. 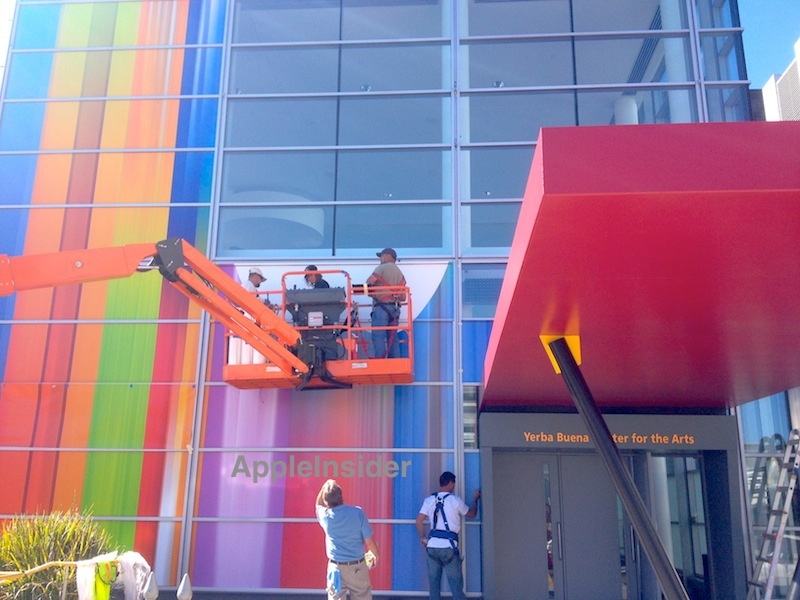 The event is scheduled to begin at 10 AM PST on September 12th.

As Apple’s upcoming media event for the next-generation iPhone nears, rumors get out of hand. Today, The Telegraph reports that the launch of the new iPhone will mark the end of Apple’s iPhone 3GS, which would allow the iPhone 4 to be offered for free on contract price. Currently, the iPhone 3GS is offered free on contract.

According to the report, Apple will be releasing the new iPhone with three different capacities. The capacities will possibly be the same 16 GB/ 32 GB/ 64 GB lineup seen with the current iPhone 4S.

The new update will mean that the 8GB version of the iPhone 4 will be the entry-level iPhone, probably given away free on £20 per month contracts, as the 3GS is currently. Sources close to retailers also suggested that an 8GB version of the 4S could be introduced.

Even if Apple does decide to stop selling the iPhone 3GS, recent buyers will not be left in the dark. The upcoming release of iOS 6 will be available on the iPhone 3GS also.

The battery for the next-generation iPhone has leaked many times in the past recent week. Today, repair firm iResQ has obtained batteries of the new iPhone and has posted new photos showing the iPhone’s rear shell and comparing the battery to an iPhone 4S battery. 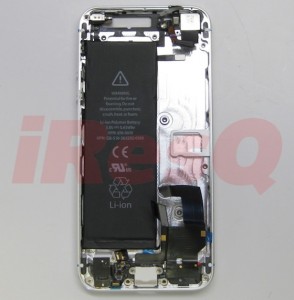 1. The iPhone 5’s battery is slightly less than a half an inch taller than the iPhone 4S. The thickness appears to be identical.

3. The connector on the iPhone 5 is not only different, it is placed on the opposite side of the battery to accomodiate its new position within the iPhone. 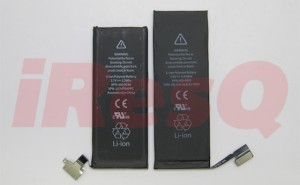 Apple is expected to introduce the new iPhone at next week’s media event, which was officially announced today.

Today, The Loop reports that Apple has sent out media invites to the press for an event next Wednesday, September 12th. Apple is expected to reveal the next-generation iPhone at this event. 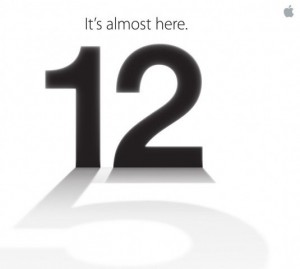 The tagline on the invitations read “It’s almost here,” with a large number 12. Also, below the date of the event, there is a shadow that displays a number “5”. This would suggest that Apple will call the next-generation iPhone “iPhone 5”.

The event will be held next Wednesday at 10 AM Pacific/ 1 PM Eastern at the Yerba Buena Center for Arts in San Francisco, California.

Reuters reports that Walmart is currently testing a new “Scan & Go” service at one Arkansas store. This new “Scan & Go” service allows iPhone users to scan items with their device as they shop and then proceed to a self-checkout station as they are on their way out of the store to complete their purchase. Sounds similar Apple’s EasyPay system that the company uses at its stores.

The test comes months after Walmart said that it would add more self-checkout lanes at its Walmart and Sam’s Club stores. Earlier this week, Walmart held test sessions and participants were compensated with a $100 payment and a $25 Walmart gift card for the one-hour sessions.

The report also points to survey Walmart is using to gather feedback on the new system. If this test does turn out to be a mass deployment among all of Walmart stores, can you imagine the huge potential this has to make the shopping and checkout process more personal?

Today, Adobe revealed some more details regarding its plan displaying the MacBook Pro’s Retina display. Adobe noted that a Retina-compatible version of Photoshop CS6 will arrive “this fall”. In addition, Lightroom 4 will also receive support for the Retina display “as soon as work is complete”.

Users of Photoshop Elements should not expect an update for the Retina display in the immediate future. However, it is possible that the team maybe still looking into adding support for it. Also, in a second blog post, Adobe said that Retina support for many other software titles will also be added.

We expect to update the following products with HiDPI support, free to all CS6 and Creative Cloud customers, over the next few months:

We are currently evaluating the roadmap for when other products may support HiDPI displays, and we will announce those plans as they are finalized.

During WWDC 2012, Apple highlighted Adobe Photoshop as one of the high-profile applications as having Retina display support in the works. Apple also noted that Adobe, Autodesk, and Blizzard were three major software companies that were working on Retina compatibility.

Earlier this year, MacRumors reported that one of only about 50 Apple 1 were still in existence. That unit sold at an auction for approximately $375,000. The Daily Mail now reports that another Apple 1 is being put up for auction in early October. However, this time the unit is non-functional and has been estimated to fetch lower but still substantial £80,000, or roughly $125,000. 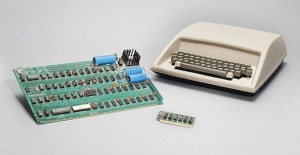 The Apple I is good aesthetic condition and the motherboard represents the first piece of hardware built by Apple in 1976. This computer was created by co-founder Steve Wozniak with help from Steve Jobs and is one of the world’s first and most significant personal computers. In addition to the functional Apple I that was sold earlier this year, Apple’s founding documents also sold at an auction for nearly $1.6 million last year. When the Apple I was first introduced in 1976, it was priced at $666.66, with only about 200 of the units having been produced.

Today, MacRumors reports that Apple has begun offering a new perk for Apple employees. This new perk gives Apple employees a free 50GB upgrade to their iCloud storage — a $100/year value. The new perk is similar to the free MobileMe subscription employees received until last year when iCloud replaced that service. 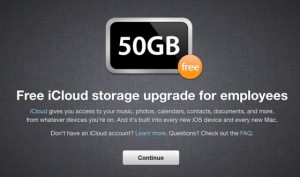 Earlier this year, Apple introduced a new discount on Apple hardware. Employees were offered  $500 off a Mac (excluding the Mac mini) or $250 off an iPad. 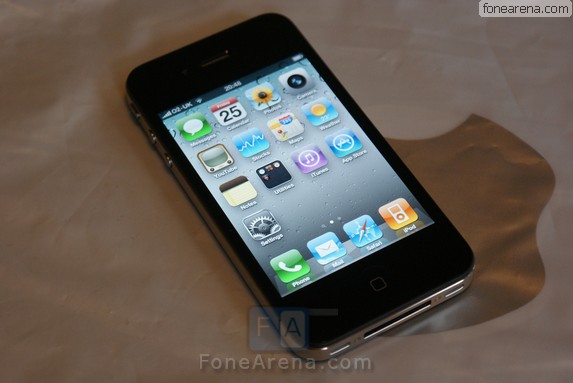 Yesterday, TechCrunch reported that AT&T had issued a vacation blackout between September 21-30. Reports suggested that the blackout dates were likely due to the new iPhone. Coincidentally, these rumored black out dates were similar to Verizon’s blackout dates. END_OF_DOCUMENT_TOKEN_TO_BE_REPLACED