Back in December 2013, Fleksy Keyboard, one of the popular third party keyboards in the Android market announced an SDK for iOS apps which allows the apps to use Fleksy Keyboard inside the application. Apple imposes strict rules on third party content inside its core features and that is on of the reasons Fleksy has to be used by the developer in his application(and not by the user like in Android). 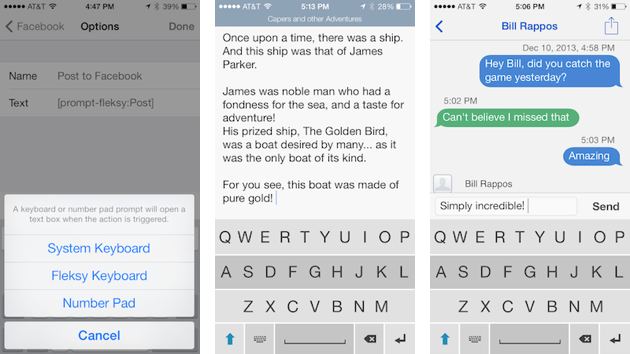 For this to work, the user has to download the Fleksy Keyboard stand alone application that basically serves as the repository for your words, meanings and predictions. When an application has support for Fleksy keyboard, it shows up near the copy paste icons. The founder of the application, Ioannis Verdelis, is confident that his application will receive good response from developers as there is almost “zero lines of code” to include the keyboard and it is quite an easy process.