Pacemaker for iPad has landed on Apple’s app store and it is free. Pacemaker is a virtual DJ application that allows users to mix songs and create effects. The application is free to download and users can choose to buy effects, filters and extended functionality from the in-app store. 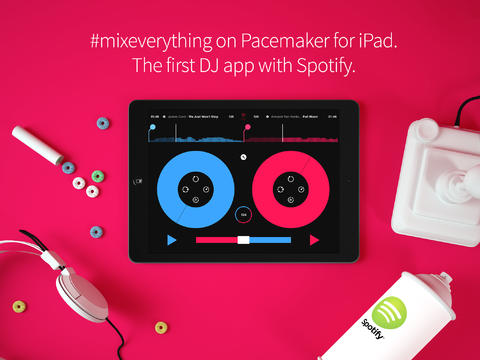 Pacemaker for iPad also comes with support for millions of songs from Spotify’s extensive library. In addition to being able to use millions of Spotify tracks, Pacemaker can also use the iTunes songs that are stored on the device. It comes with a free Spotify freemium trail so that users can start using the application as soon as they download it.

One of the important things about Pacemaker is its design and ease of use. They have left out various real world references and brought out only a few core necessities to help one become their own DJ. Pacemaker for iPad is now live on the App Store and is free to download.