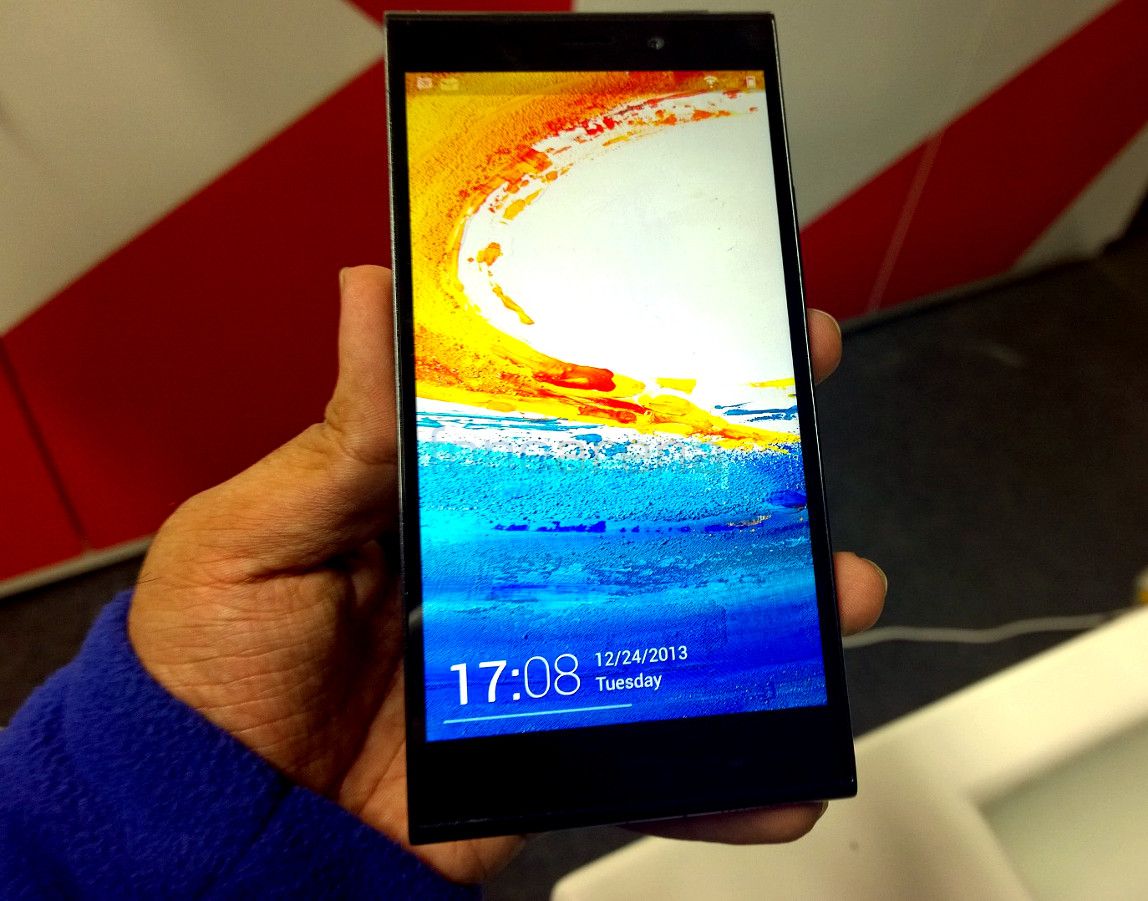 Gionee would launch the company’s latest flagship smartphone, the Elife E7 in India at an event later today. We got to check out the the device, here are our hands-on impressions. The phone has a 5.5-inch (1920  x 1080 pixels) Full HD IPS display with corning Gorilla Glass 3 protection. It is powered by a 2.2 GHz quad-core Snapdragon 800 MSM8974 processor with 2GB or 3GB of RAM. 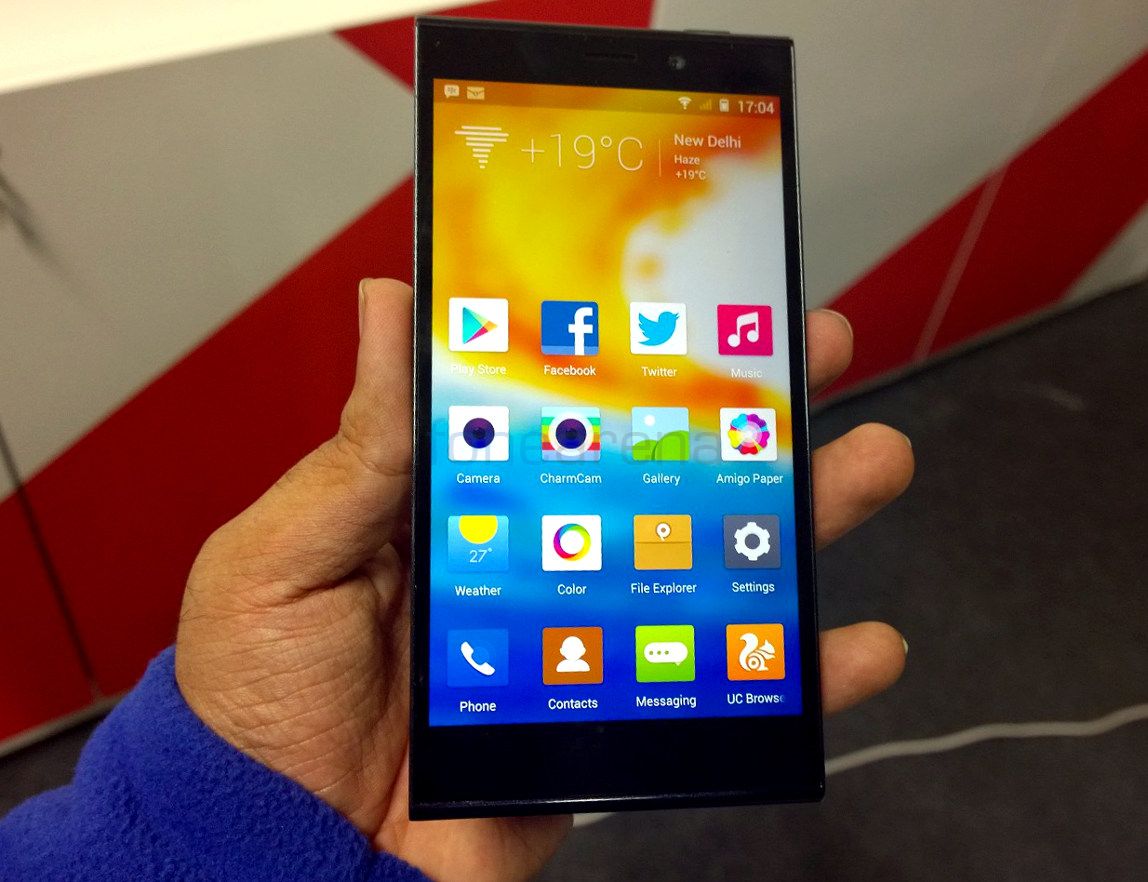 The display is based on One Glass Solution and has 2.33mm ultra-narrow frame. It is bright and looks better than the 1080p display on the Elife E6. The phone has a 8-megapixel auto focus front-facing camera. 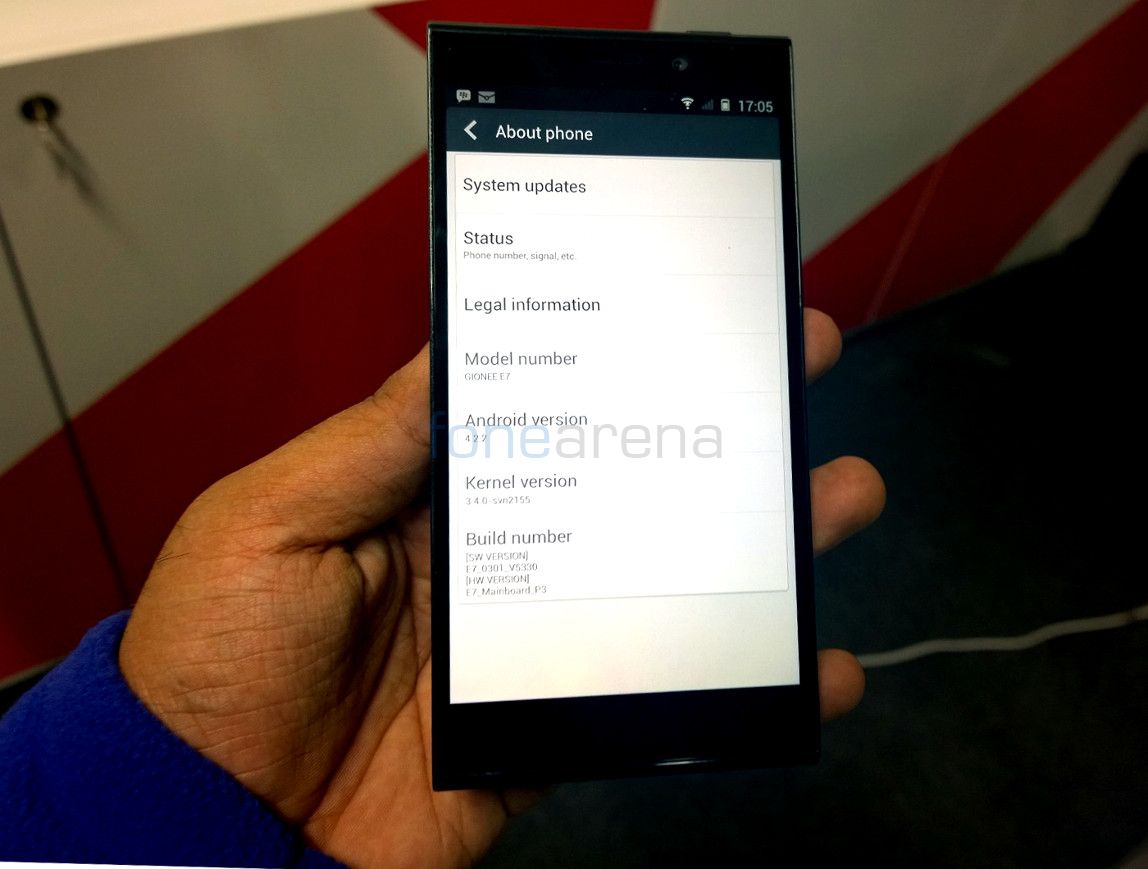 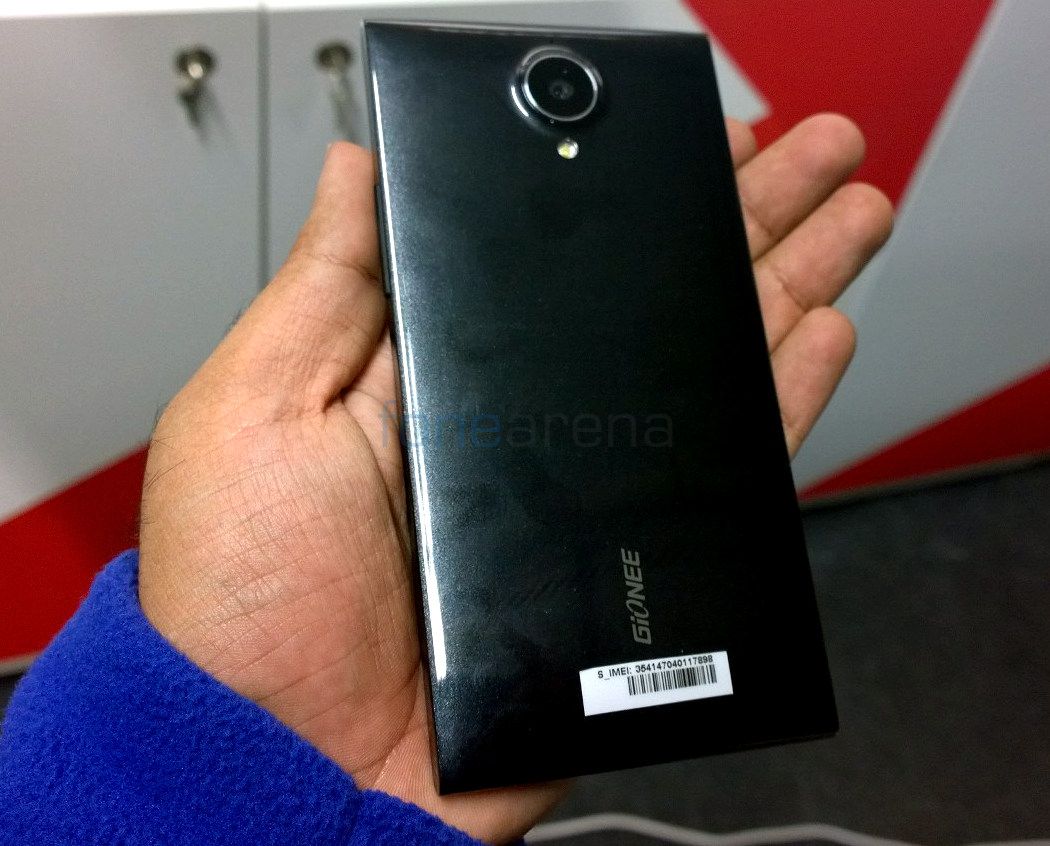 The phone has a sealed back, similar to the previous Gionee’s flagships. You can see the large 16-megapixel camera sensor on the top with single LED flash. It can record videos at 1080p full HD resolution and has lots of camera features. Even though the shiny back is prone to finger prints, the phone has solid build quality. 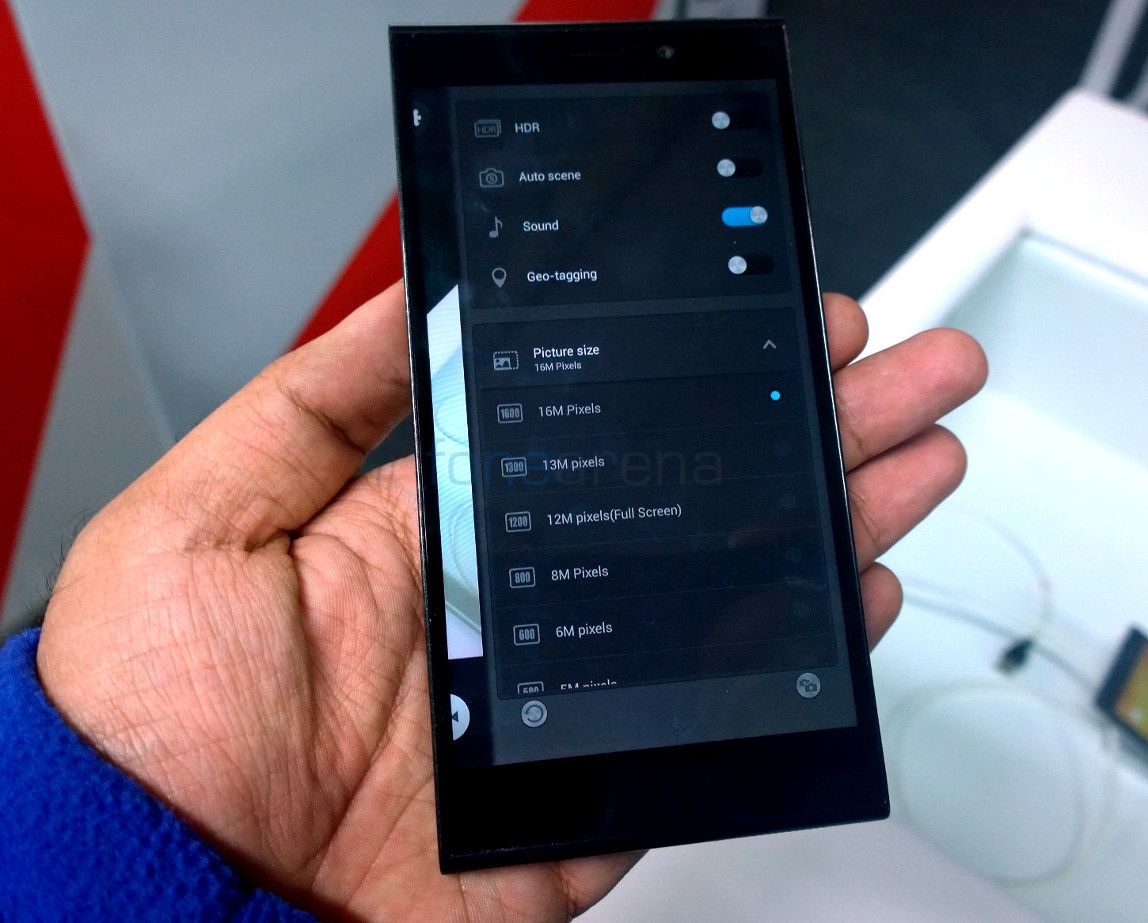 The phone has HDR, Auto Scene and option to reduce the image size, if you need a smaller images. It can also capture full screen images in 16:9 aspect ratio in 12MP resolution. It has 16GB of internal memory and packs 2500 mAh built-in battery. We will bring you more details about the phone, including the pricing for India and the hands-in video soon. In the mean time check out few more images below.