Micromax is launching a new phone in their Bolt series of Android powered smartphones. The latest phone to join the league is the Micromax Bolt A47. The new Bolt A47 brings the Android goodness to phones within Rs. 5,000. The details regarding the phone are sparse at the moment and we will have to wait till Micromax officially launches it. 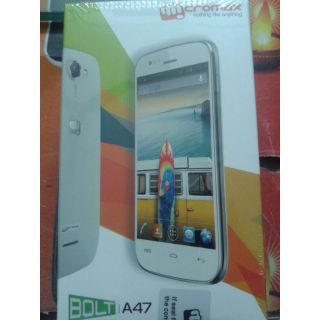 According to ShopClues website, where the phone is listed for Rs. 4,699, the specifications of the phone are as follows

The Micromax Bolt A47 appears to come in White color option and that is clearly seen from the box image on the ShopClues site. The device is priced at Rs. 4,699 and we will bring you more information as soon as Micromax announce the phone officially.