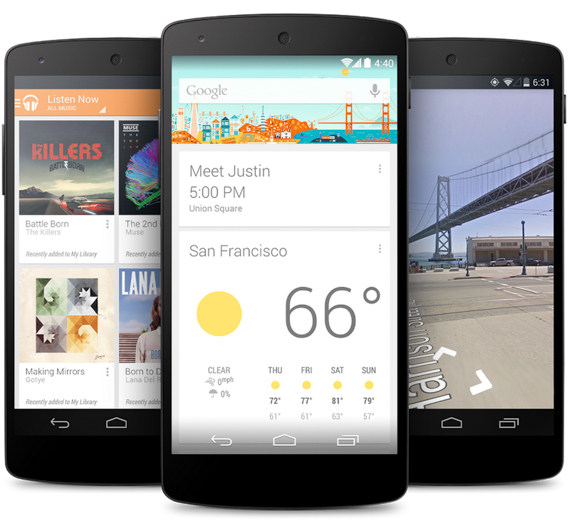 The long rumored Google Nexus 5 is finally official and it brings with a brand new version of Android as well. Google has opted for top of the line specifications for the handset and we get to see a blazing fast 2.3Ghz quad core Snapdragon 800 processor onboard. There’s also 2GB of RAM. All that power will be pushing pixels to the edge to edge 4.95 inch 1080p display. The battery on the phone is a bit disappointing at 2,300 mAh however you’ll still be able to keep it juiced up wirelessly thanks to Qi support. Connectivity options include LTE, Bluetooth 4.0, WiFi 802.11ac as well as NFC. 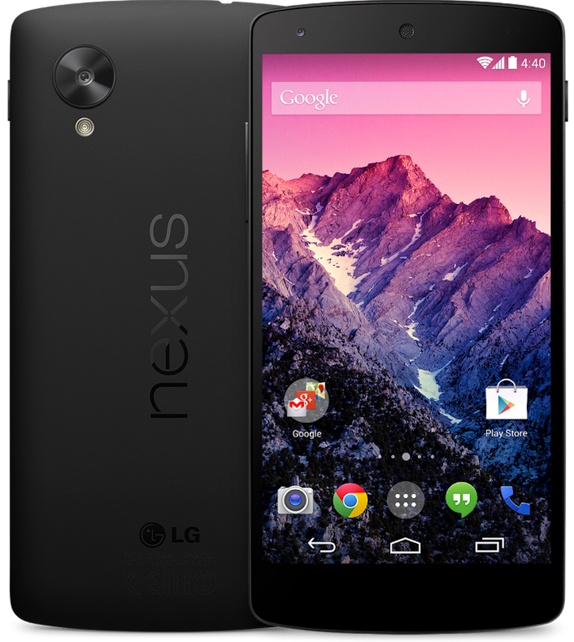 A 1.3MP camera is placed up front under the Gorilla Glass 3 layer. The rest of the phone is made of a ‘silky texture’ plastic that sounds similar to the material used on the new Nexus 7. The rear camera is an 8MP unit with optical image stabilization built in. Google has also built in a new HDR+ mode into the camera that captures multiple shots at different exposure values and then merges them. The phone will be available in both black and white variants with prices at $349, $399 for the 16GB and 32GB variants. The best news perhaps is that the handset has been listed as coming soon for India as well with prices set at Rs. 28,990 and Rs. 32,990 for the two variants.