Google Nexus 7 was launched in India quite late and went for sale at Rs. 15,999 for the 16GB WiFi version. Around a couple of months back, Google announced their second version of Nexus 7 as the Google Nexus 7 2013 with an upgraded processor and a much better display. Earlier in July, just after the announcement of new Nexus 7, Amazon had slashed the price of Nexus 7 to Rs. 11,999 for the 16GB version.Now, Amazon and Flipkart, two popular giants of India’s eCommerce market slashed the price of original Nexus 7 to just Rs. 9,999 for the 16GB version. 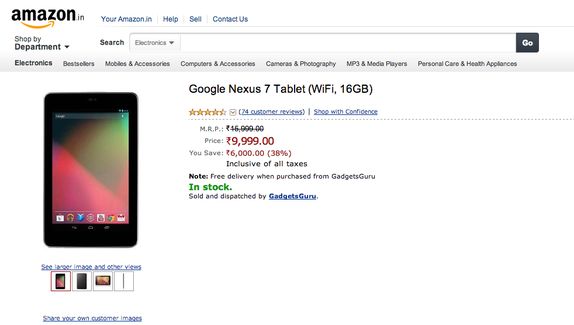 The price cut now makes the original Nexus 7 one of those affordable tablets with decent specifications for the price. The specifications of the Nexus 7 include a 7-inch (1280×800 pixels) IPS display, 1.2 GHz quad-core Nvidia Tegra 3 processor with a 12 core GPU and 1GB RAM. The new Nexus 7(which is yet to be launched in India) is lighter and thinner than the original Nexus 7. It has a powerful Snapdragon S4 Pro processor, 2GB of RAM, Adreno 320 GPU and comes with latest version of Android – 4.3 Jellybean. The new Nexus 7 also comes with global LTE support and will be available in three variants – 16GB WiFi only (US $229), 32GB WiFi only (US $269) and 32GB WiFi and LTE (US $349). 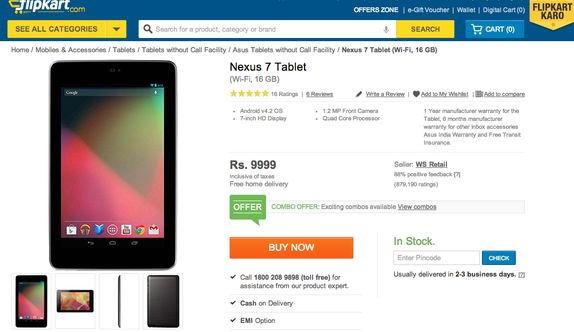