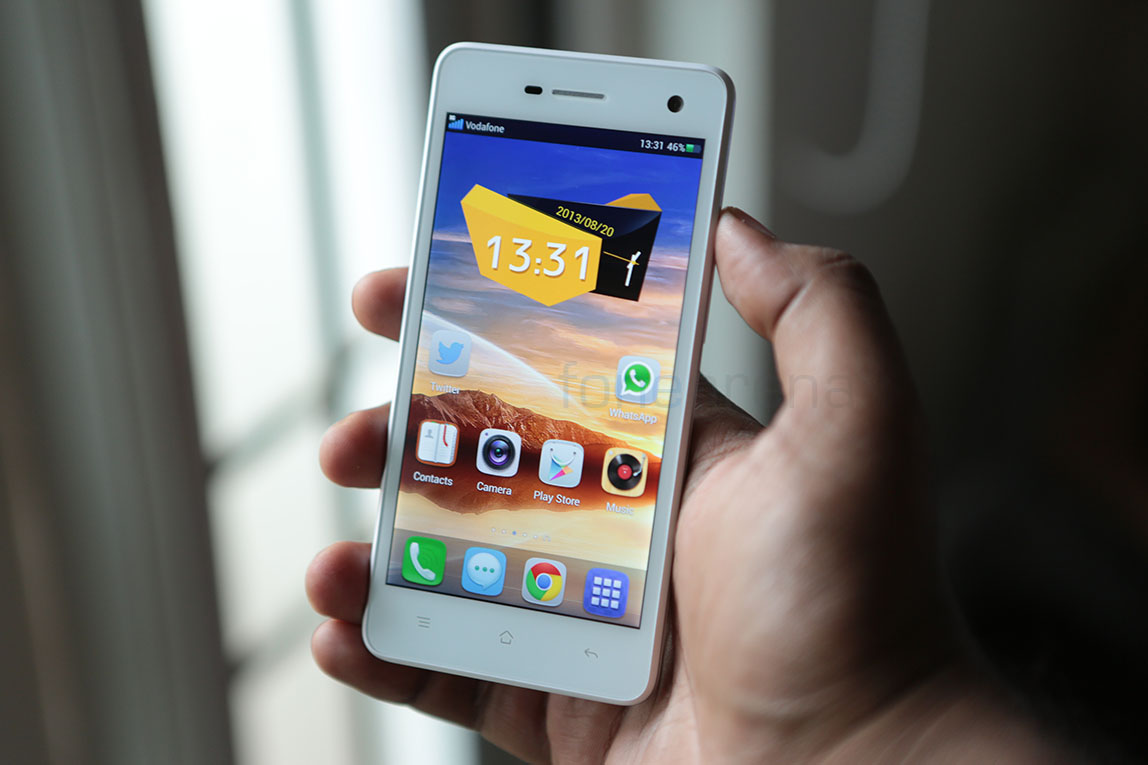 Only yesterday we saw Oppo reveal its latest smartphone, the curiously named R819. After a critical success of the Oppo Find 5, which we think is one of the best Android hardware available on the market, the company has sought to reach lower price points with a smaller and a more mid-range device. We see the R819 as Oppo’s effort to claim volume as encouraging market results have cropped up at home. And surprise! We’ve already got the R819 here in our labs and here are our first impressions of the device in detail, read on!

Note: This is a pre-production device, not the final retail unit. 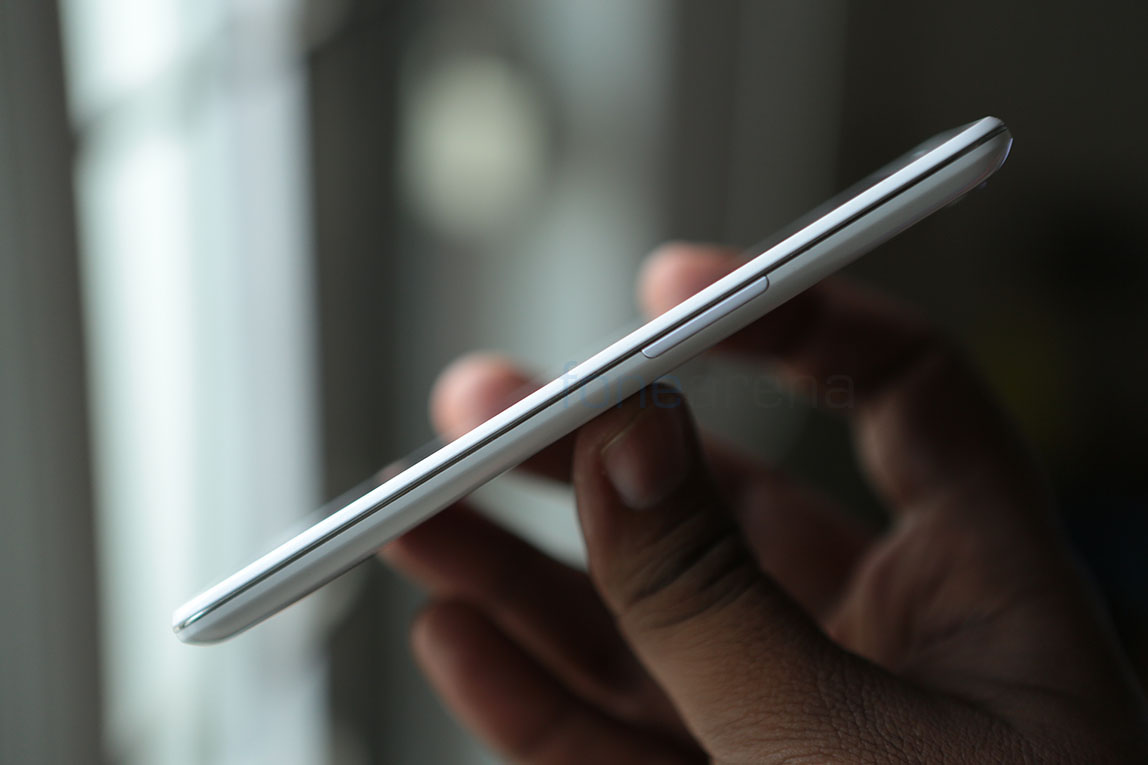 Thin and Light. These two words are probably the most used adjectives in the world of smartphones, but they totally belong with the Oppo R819. Measuring just 7.3mm in thickness, the device is among the thinnest in the world, only bested by the company’s own Finder and a few other devices. It also weighs a lot less, at 110g, which, we think is almost perfect for a good handling of the device because it’s neither too less to make it seem hollow nor too heavy to make it uncomfortable. The iPhone 5 is less heavy, but it does feel hollow unlike the Oppo R819. 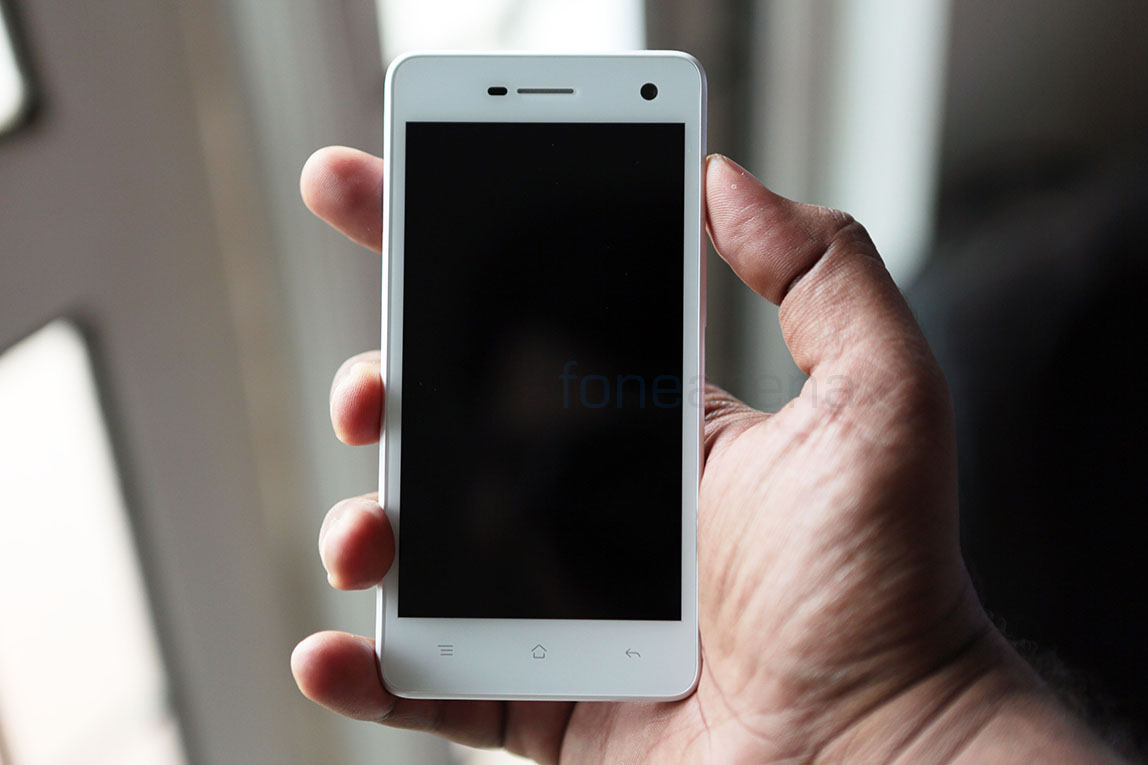 The design of the Oppo R819 is more conservative than the Find 5. The minimalism and thin bezels are nowhere to be seen on this device, and with a completely white panel, including the faceplate, the slickness is less than what we had expected. 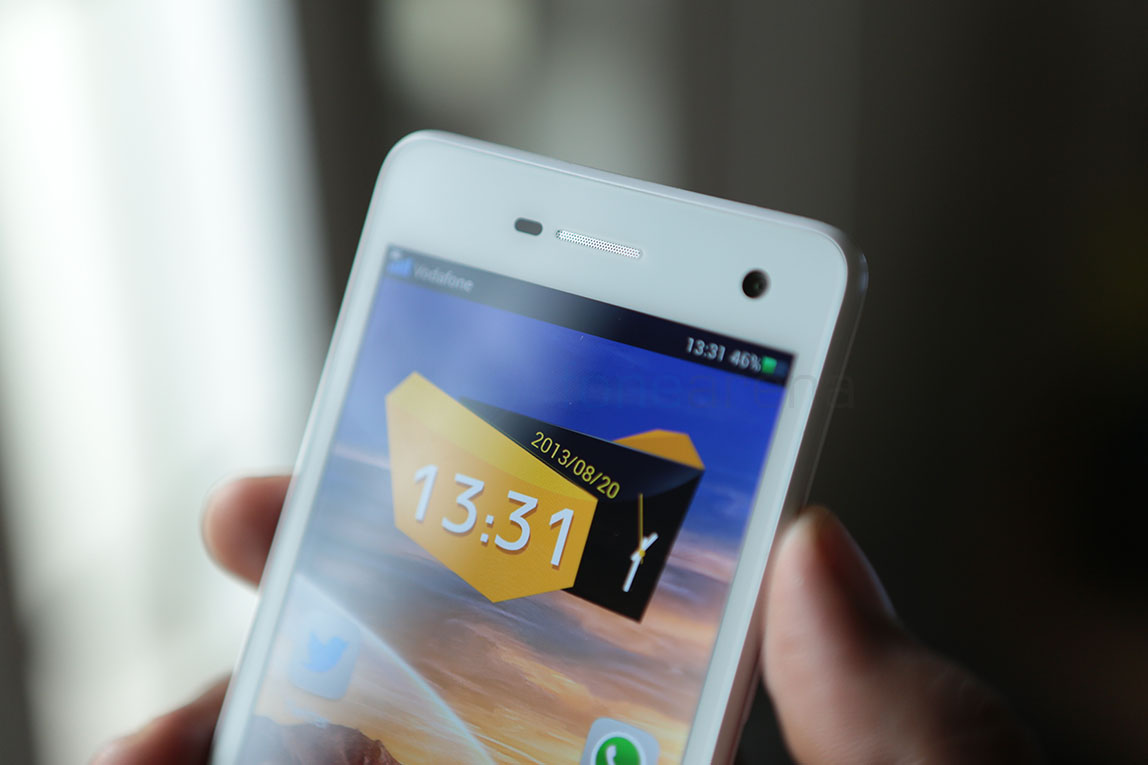 The front facing camera and the sensors are clearly visible and that’s one thing we usually detest in white coloured smartphones.

That said, the sides are lined with a strip of metal which makes it look premium. The left side of the phone has the plastic power/lock switch and the right side has the volume rocker. The 3.5mm jack is located at the top while the micro USB and the primary mic are located at the bottom. 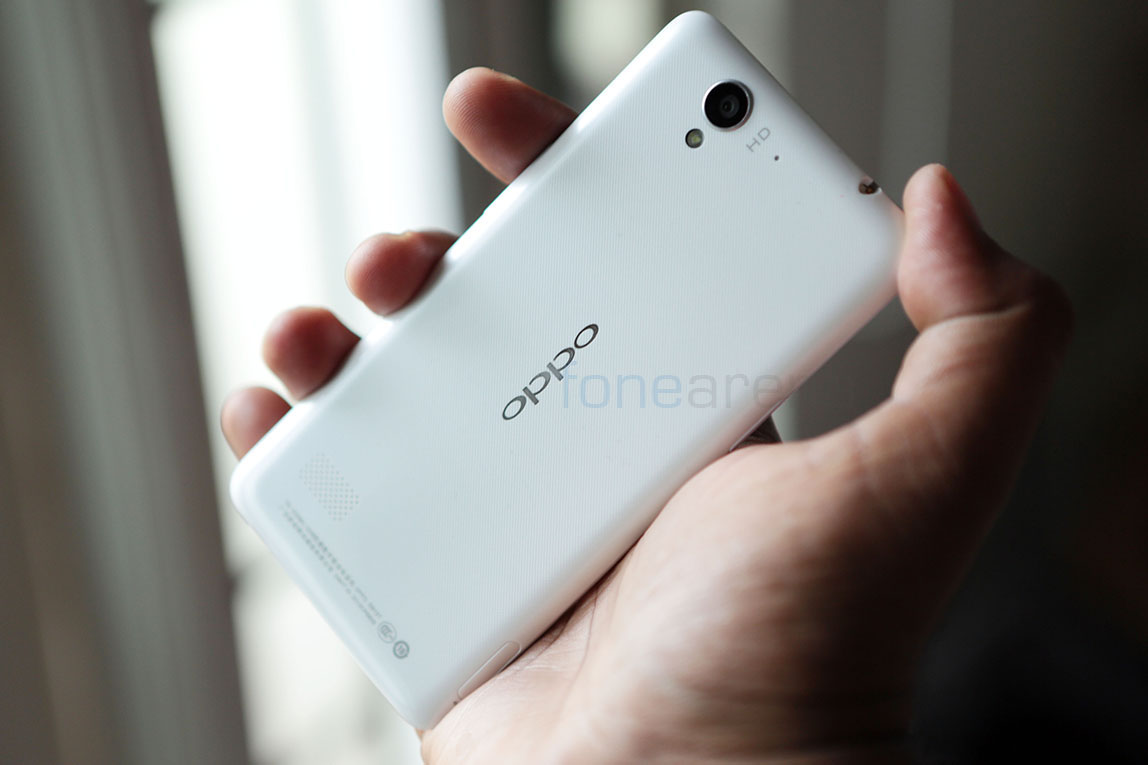 Made of polycarbonate, the device is covered in glossy plastic with a subtle pattern on its back. 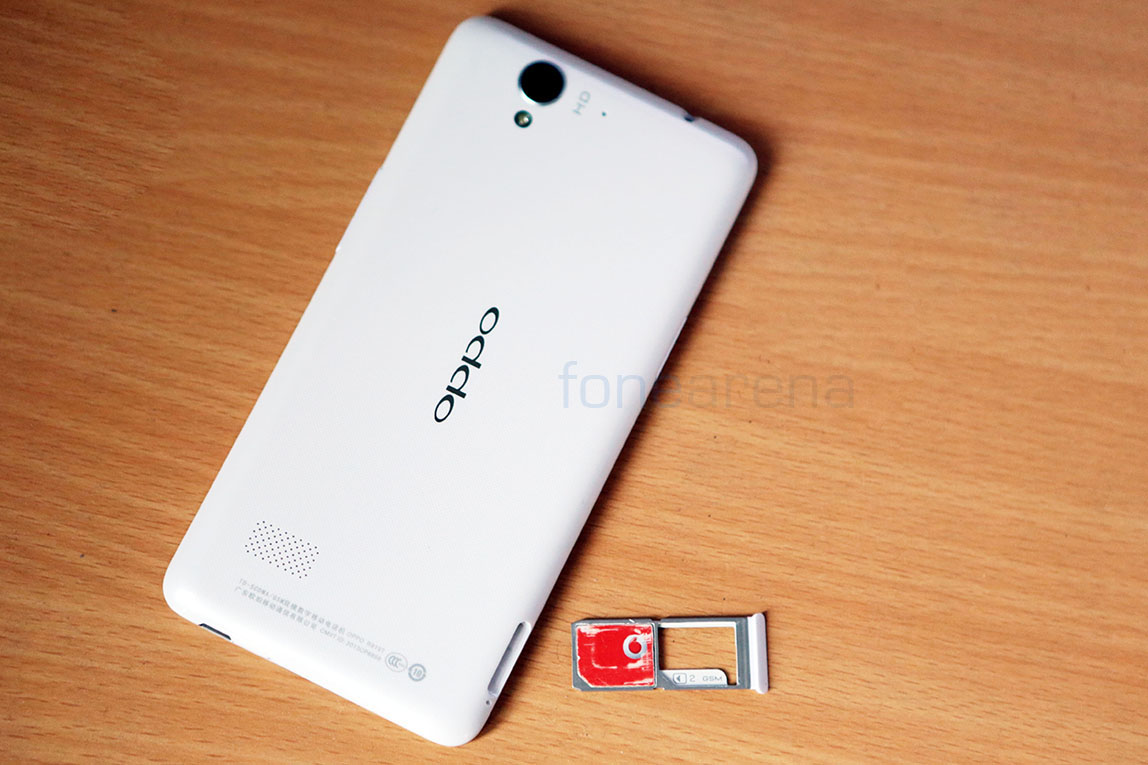 The back cover is not removable and hence you have a Dual SIM card slot on the outside, which we think is one of the first implementations on a mobile device. Initially we thought it to be a single SIM slot, but only after opening it did we know that there are actually two micro SIM slots inside the pull out tray. When you consider how thin this device is, the SIM card slot seems like the best possible use of space, which is brilliant. 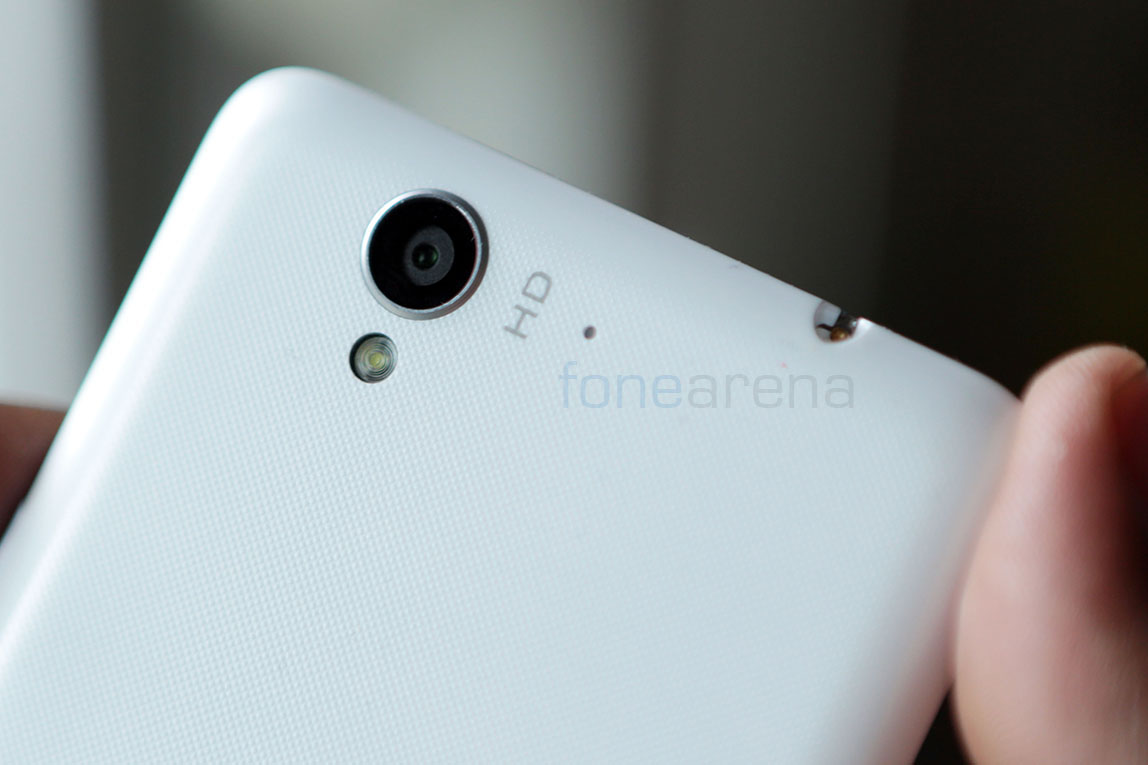 The device is so thin, the camera unit slightly projects out of the back, with a chrome ring around it for protection. This is not noticeable at first glance but is evident once you run your hands over it. There is a single LED flash and a secondary microphone around the camera unit along with a loudspeaker on the bottom left of the back. 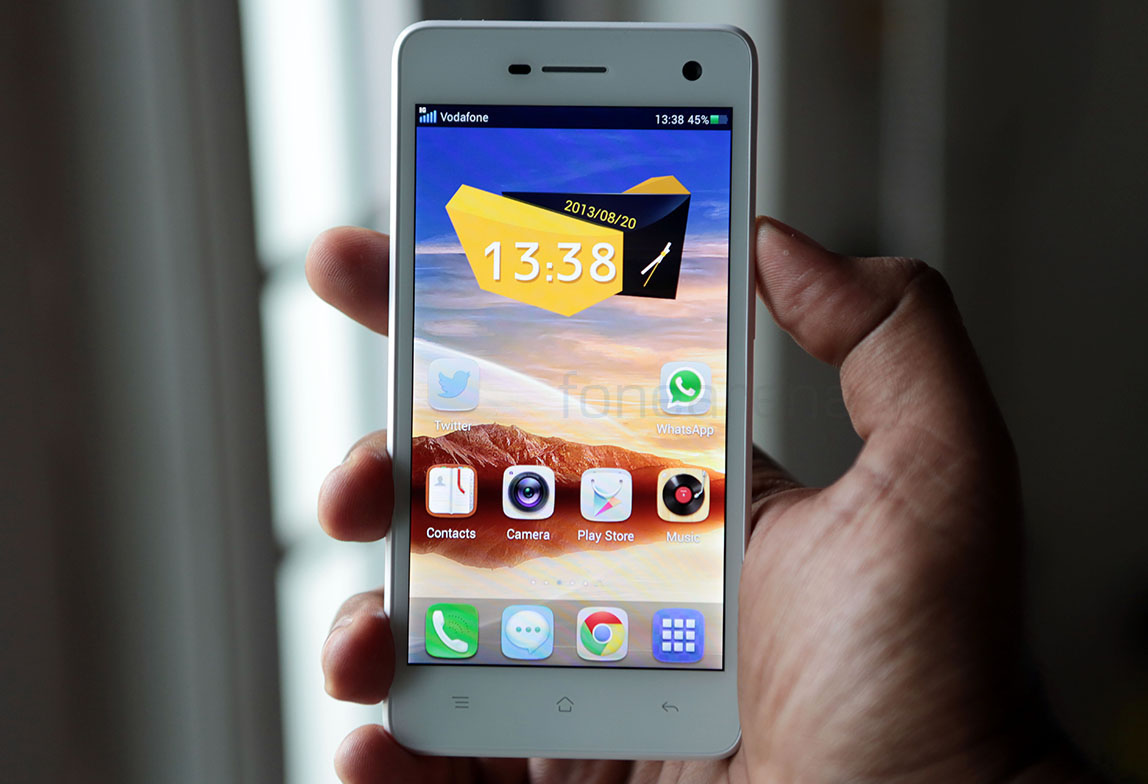 Coming back to the front, you have a 4.7 inch 1280×720 display, which is pretty decent, if our initial impressions are considered. We noticed some slight bleeding of light around the edges of the screen, but we will test it further to see if it’s just a brightness problem or may be a unit-specific issue. The viewing angles are above average and the colour balance/contrast is nicely done, but this is no where near the quality of the Find 5. But considering the fact that the price is a lot lesser, the display performance is justified.

The internals are powered by a MediaTek MT6589 1.2 Ghz Quad Core processor with a PowerVR SGX544 MP2 GPU. The performance is in line with the various other MediaTek based devices we have tested, but we will let you know more about it in our full review. There is 1 GB of RAM and 16 GB of internal storage with no options to expand it using a micro SD card. The 8 megapixel camera on the back is a Sony EXMOR BSI sensor with a fast f2.0 aperture, and our first impressions of it is that it is average. We’ll have more to say about the camera real soon. 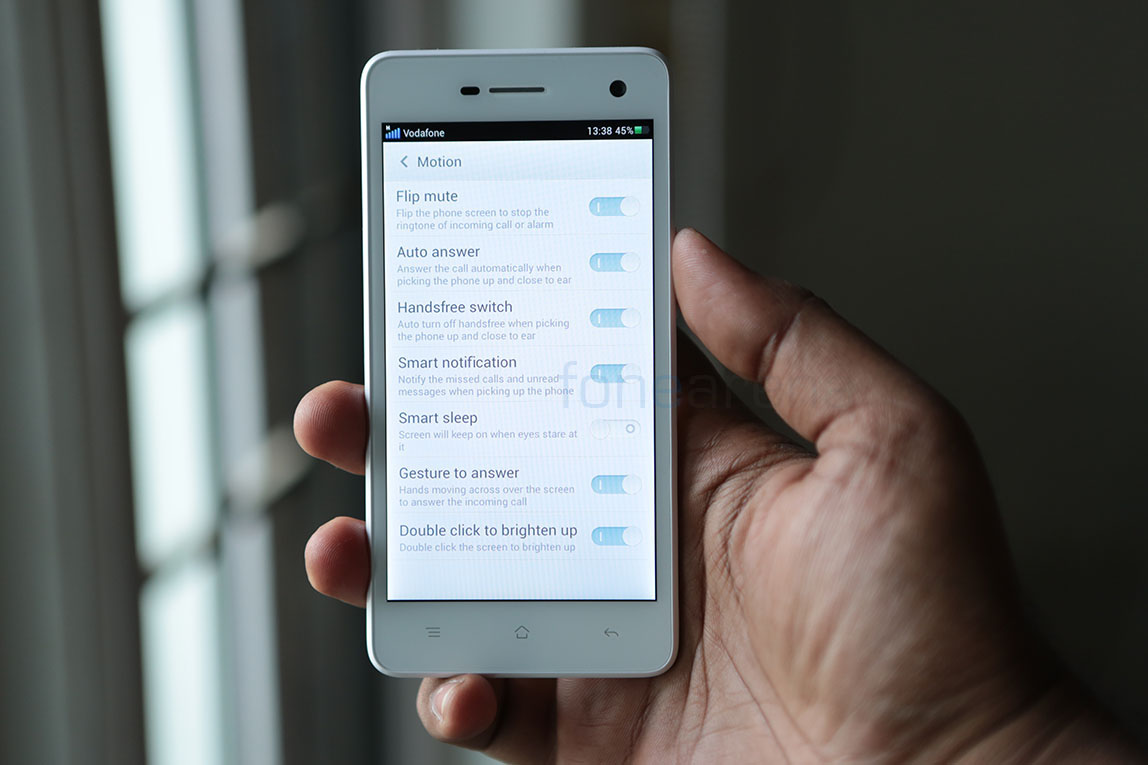 Coming to the software, the pre production device give to us runs on the company’s own Color ROM, which is an upgrade over the one present on the Oppo Find 5. It is a minimally beautiful and functional UI with the exception of a cartoonish launcher with lesser features than others. The overall functionality seems to have improved and is a lot more cleaner than what we had seen on the Find 5. There are a lot more nice options using gestures, like double tap to wake the phone, pick up to directly answer a call, etc.. 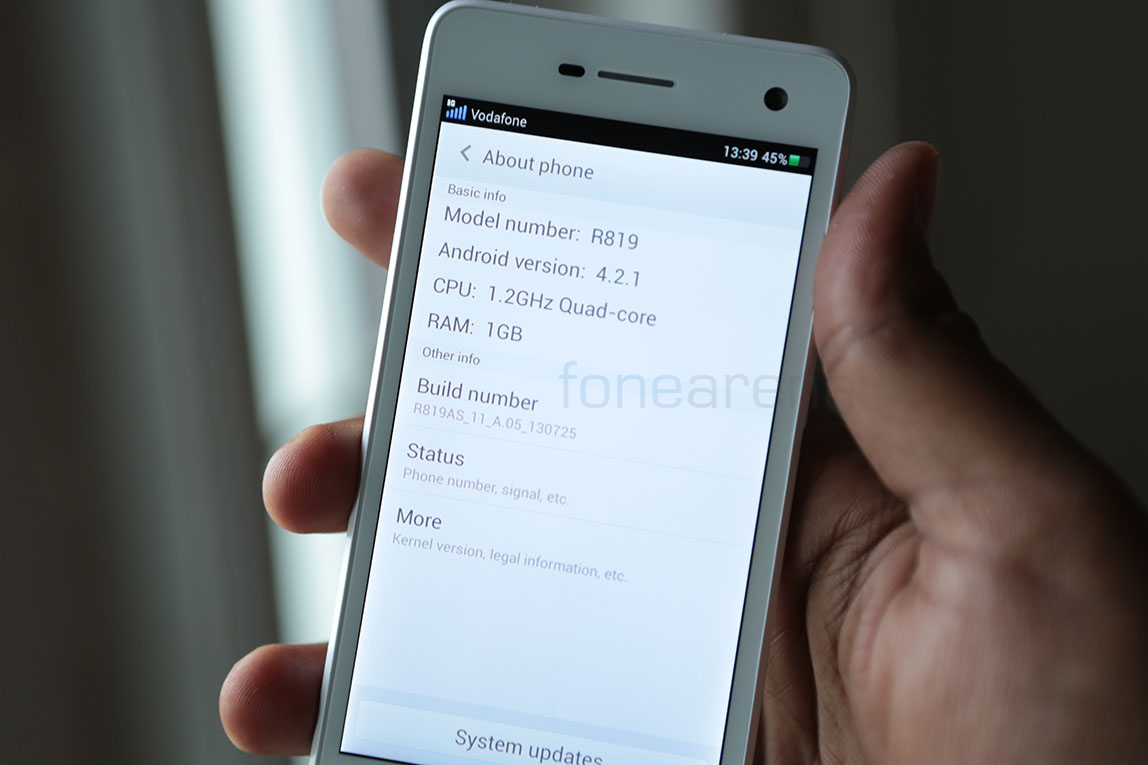 These features are present only in the Color ROM. Since the R819 comes with an unlocked bootloader, you can happily flash the AOSP stock ROM onto the device, provided directly from the company, or just use the Color ROM and its frequently updated features. An improvement over the Find 5 is always good.

That’s about it for our first impressions of the device. Oppo has clearly gone for a device that can move volumes, with a ridiculously svelte thin and light frame. At first glance, the other features and specifications don’t seem that special, but we are continuously testing the device to find out what’s new, what works and what doesn’t. So stay tuned for our complete review, in which we will discuss the device in complete detail.