A new report suggests that Samsung might be working on a  new line of devices even larger than the Galaxy Note phablet. Dubbed the Galaxy Mega, the  ‘phones’ will sport displays ranging between 5.8 inches and 6.3 inches. The operating system of choice is expected to be Android. 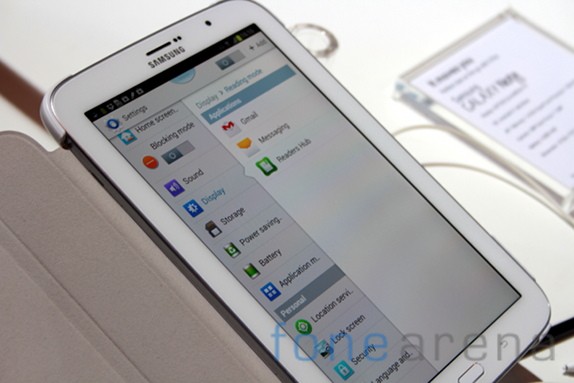 While Sammobile has proven to be an accurate source of information in the past, we also have some circumstantial evidence to back up this report. Samsung has already announced a gamepad accessory for the Galaxy S4 and mentions that the device supports phones with displays up to 6.3 inches. Additionally, the report also mentions that the ‘smaller’ of the two ie the Galaxy Mega 5.8 code named GT-I9152 with the 5.8 inch display will be equipped with dual SIM card slots. The Galaxy Mega 6.3 or GT-19200 is expected to be available around June in both black and white. The Galaxy Mega 5.8 on the other hand is expected to be available earlier around May in the color white. While the rumor is definitely plausible, it is always recommended to take it with a pinch of salt. Stay tuned for further information on these devices.