Google Now is the personal assistant which was introduced to Android with version 4.1 Jelly Bean. Google Now is based on search and local data. As of now, Google Now has only been available for Android. Just some time back Google posted a Youtube video of Google Now coming to iPhone and iPad, but this video was removed instantly. Looks like Google did not mean to show the video as of yet but was leaked somehow and has since then been removed from their channel. 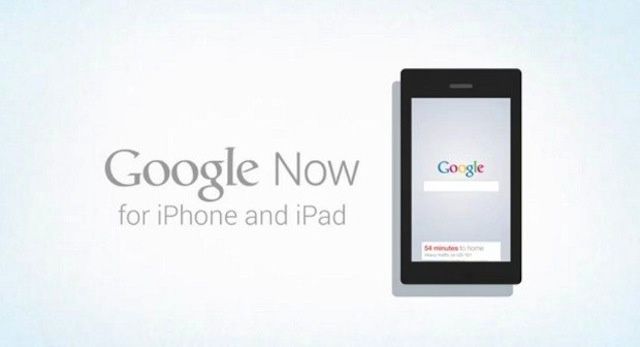 The video clip shows how Google Now works and looks similar to the Android promotional video which they had showcased earlier. The reason for Google to take down this video might be because the search enhancement is not ready yet. It will be really interesting to see Google Now on iOS as it will e directly competing with Apple’s Siri on the same platform. Siri is definitely great with accurate results and other such capabilities. But Google Now is more sleek and automatically pops up the information you need without requesting, lie if you are travelling by flight, it will automatically remind and update your flight timings, if you are near a metro or a bus station, it will show the listings of buses on the route you travel.

Google Now is more personalized and very useful. It will be a huge addition to Google Search on iOS. Only problem might be that Apple won’t allow it on its app store. But, Google is yet to confirm about Google Now for iOS so it is still not confirmed that the video is genuine or not. So lets wait and see what Google has to say.