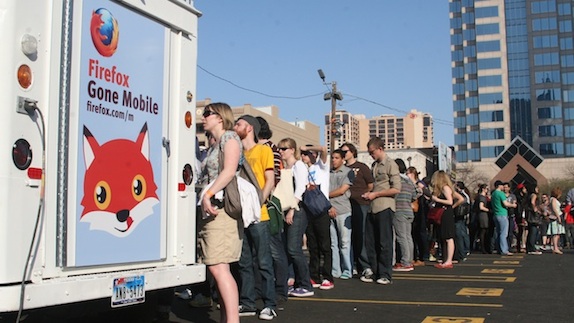 Mozilla, the company that gave birth to Firefox at the turn of the century, wants to make smartphones cheaper for people living in emerging economies. To do that, they’re writing their own mobile operating system, dubbed Firefox OS, and partnering with operators and Chinese handset makers. According to The New York Times, the company aims to make devices that retail for $100 to $115. It’s pretty obvious that you’re not going to get anything high end at that price point, but that’s not the goal here. We should see these devices start hitting the market in 2013, but should consumers actually care?

Companies like ZTE, Huawei, Lenovo, and some local brands like Micromax in India, are already selling sub $100 Android smartphones. They come with Google’s services preinstalled, they come with access to the Google Play Store, they basically come with everything a person needs to live an online lifestyle. Mozilla on the other hand, being an open source company, is obsessed with a certain ideology, that everything should be free and equal. Sadly that’s not how the world works. Firefox OS might end up being the most awesome HTML5 technology demo to ever be created, but do you really think that people living in parts of the world where $150 phones are considered expensive don’t really care about that?

Then there’s the whole aspirational thing. Would you, as someone with hardly any personal possessions, be seen walking down the street with a Samsung or with a no-name Chinese handset that looks like a knock-off of a knock-off?

We wish the Mozilla people the best of luck, but at the same time we’re trying to be realistic and set people’s expectations appropriately. Open source doesn’t really mean anything at the end of the day. Products matter, not ideas, and anything running Android is practically flying off store shelves.