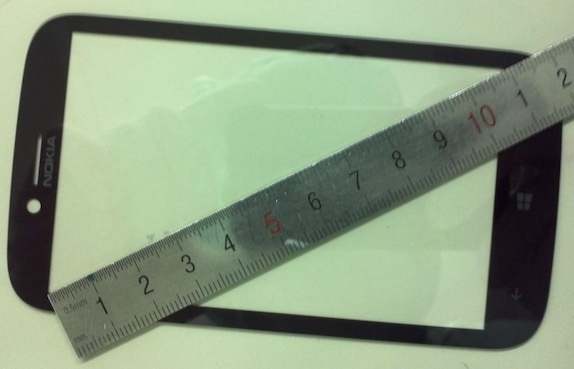 Nokia World, the company’s annual event where they usually announce at least one new major device, is due to kick off in exactly three weeks. This year it’s going to take place in the country where Nokia was founded, Finland. Rumor has it that at this shindig we’re going to see a few Windows Phone 8 devices. According to the image above, which was found on the Chinese website cnBeta, that’s the front plate of one of those said devices. Pay attention to the Windows button in the center, it has the new Windows branding that’s associated with Windows 8, meaning this leaked part might actually be legitimate. As for the dimensions of the screen opening, you’re looking at about 4.3 inches diagonal. While there are certainly smartphones out on the market that have a 4.3 inch 720p display, take the Sony Xperia S for example, we think that the rounded design of this part indicates that it’s meant for a mid range device.

Forgetting about hardware for a second, what’s going to make Windows Phone 8 special? Here’s what’s officially known: multicore support, 720p display support, and NFC support will be built-in to the new OS, along with an updated version of Internet Explorer. Developers will be given the ability to write native code for Windows Phone 8 devices, whereas previous versions of Windows Phone required Silverlight or XNA. There’s also a new tile size for the home screen, but other than that … nothing. Microsoft hasn’t shown off too many consumer features, probably because they want to save them for a huge press event. If that’s the case then timing will be everything since Samsung is expected to unveil the Note II in two weeks, and Apple is expected to show off the next iPhone in four weeks.

Will Nokia World, in three weeks, put the company back on the map? We’ll see.