N4BB has managed to get hold of RIM’s plans with its upcoming BlackBerry 10 based devices. On announcing the OS, rumors spread wide that the famed enterprise focused device manufacturer was about to ditch its much lauded QWERTY keypad. This rumor has now been debunked as N4BB has obtained details of a keypad packing N-Series device. 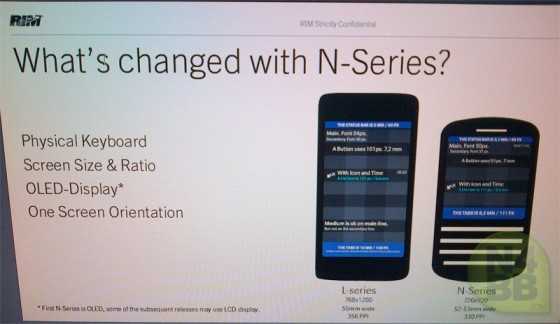 The L Series on the other hand seems to be heavily inspired by the developer units shown off earlier. The screen resolution here is expected to be 1280 x 768 on an OLED panel resulting in a respectable 356 ppi. The keyboard enabled models codenamed Nevada, will be restricted to a 720 x 720 screen due to the form-factor and need to fit in a keyboard as well. The pixel density remains impressive at 330ppi. The L series device is expected to roll out in September.