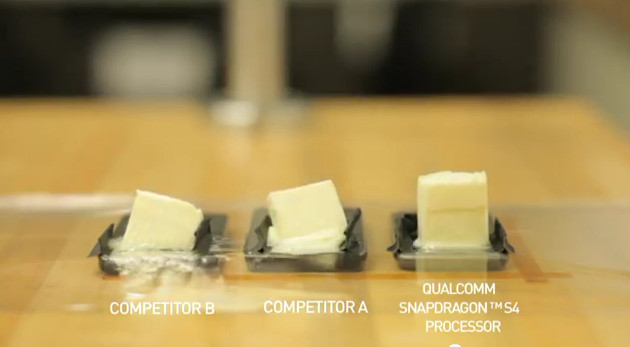 Folks at Qualcomm think that the Snapdragon S4 processor is cool , guess what ? They have some proof to prove it. In a video released by the company, Qualcomm engineers demonstrate the thermal efficiency of the Snapdragon SoC by melting butter while running the CPU at peak speeds.

Watch the interesting never before seen video where a Butter melting test is performed on a Qualcomm Snapdragon S4 powered smartphone and 2 unnamed phones from the competition.