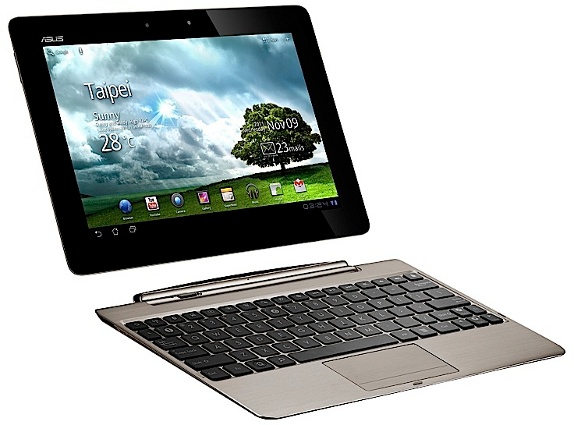 Asus has officially announced on their Facebook Page that the Asus Transformer Prime would receive the Android 4.0 Ice Cream Sandwich update Over the Air (OTA)  start January 12th 2012  worldwide. They are also developing an unlock tool for the modding community who would like to have the bootloader unlocked. The warranty of the device will be void once the bootloader is unlocked and Google video rental and other DRM service would also be unavailable.

The Asus Eee Pad Transformer Prime has 10.1-inch (1280 x 800), LED backlit Super IPS+ Gorilla Glass display that is powered by 1.3 GHz Quad-core Nvidia Tegra 3 CPU and 12-core Nvidia GeForce GPU and runs on Android 3.2 (Honeycomb). It comes with 1GB RAM, 32GB / 64GB internal memory that is expandable up to 32GB with MicroSD, 8MP auto focus camera with flash, f/2.4 lens and 1080p video and 1.2MP secondary camera, Wi-Fi 802..11 b/g/n, Bluetooth 2.1 + EDR. The said that the metallic unibody design of the tablet may affect the performance of the GPS when receiving signals from satellites and they have removed the feature specification sheet.

They also said they would continue to make the Transformer Prime available in the worldwide market.