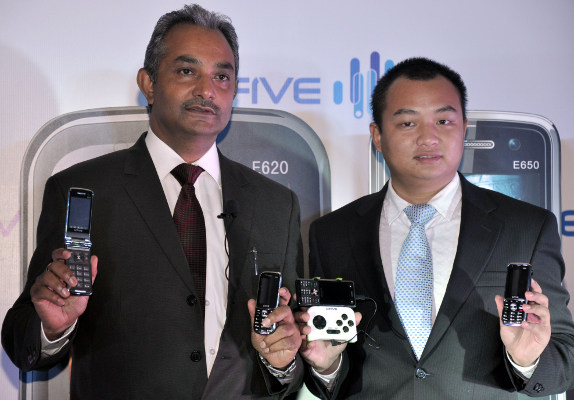 G’FIVE has launched 4 new Dual SIM phones including 1 gaming phone. The G’Five E680, E620 and E650 are multimedia handsets that comes under G’FIVE Movie King series. It has new compression technology that comes with high-resolution videos in compressed format. G’FIVE G20 is gaming phone that comes with bundled gaming console.

The G’FIVE E680 is a Dual-SIM phone with Dual standby and has 2.2 inch QVGA display, dual camera, built-in Yamaha amplifier for surround-sound effect, FM radio player, music and video player and 3.5 mm audio jack. The features of G’FIVE E620 is similar to the E680 and it also comes with analog TV. The G’FIVE E650 is a flip phone that has 2.4 inch QVGA display and the features are similar to the E680.

All these 3 G’FIVE Movie King phones comes with a 4GB data card that is pre-loaded with 20 full-length movies, 20 ringtones and 5 FTV videos. These movies are based on the regions that comes in languages such as Hindi, Punjabi and Bhojpuri etc.