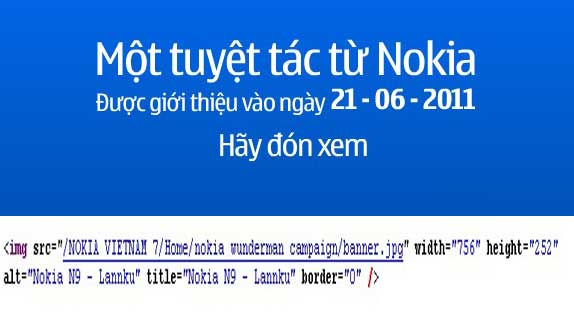 Looks like Nokia Vietnam has spilled the beans about the upcoming Nokia Meego Phone – the N9 which is codenamed Lannku. The banner above translates roughly to ” a masterpiece from Nokia
will be introduced on 21 june 2011. Don’t miss it”. The source code on the page confirms the existence of Nokia N9 aka Lannku   We expected the first Nokia Meego phone to be announced MeegoConf last month but it never happened. Nokia is expected to announce a market disrupting device tomorrow June 21st on the sidelines of CommunicAsia. Will it be the N9/N9-01 Meego Phone or the silly 1GHz S40 phone ?

Rumours suggest a QWERTY keyboard or a Touchscreen only device along with a 12 MP Camera.You can also see some nice Meego icons with a touch of Symbian Anna in the video below.

We have also heard that only the developer version of the device will have a QWERTY keyboard and the consumer version will be a touch only device.

UPDATE: Thanks to some Finnish readers who point out that it would be Lankku (plank in finnish). Looks like there is a typo in the source. 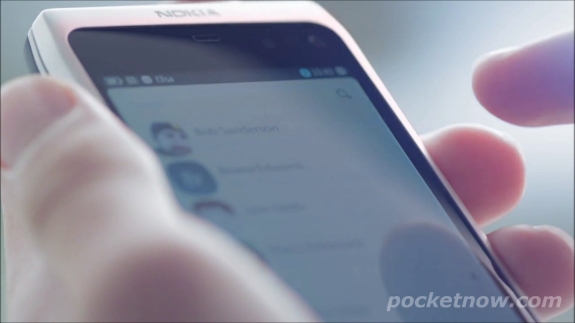 We gotta wait till 6:30 AM IST tomorrow till all the action begins in Singapore.