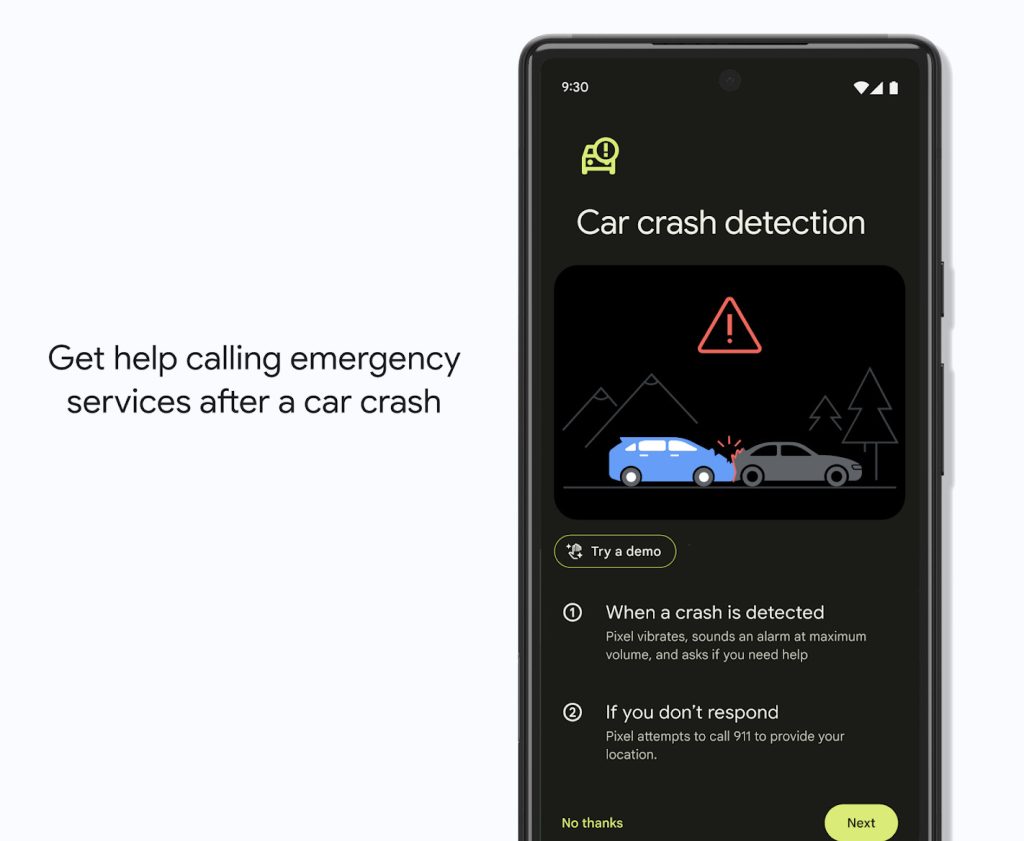 Personal Safety is a Pixel-exclusive app from Google that helps users prepare and react in an emergency by quickly connecting them with the help and information they require. This includes a life-saving feature called “Car Crash Detection,” which uses various smartphone sensors to detect and automatically send notifications to emergency services. It appears that the app will soon be available for other Android devices as well.

The information was discovered during the decompilation of the most recent version of the Personal Safety app—version 2022.05.25. Google has composed a number of new texts about car crash detection and other features. Each new text is labeled “nonpixel,” citing the arrival of features for non-pixel devices. Also, the newly added text is a variation on an existing code, with “pixel” replaced by something more generic, such as “your device” or “personal safety.”

Furthermore, other Personal Safety features appear to be making their way to non-Pixel Android phones, with the code pointing to “crisis alerts” and “safety check” being in the works. It’s still unclear when the app will make its way to non-pixel devices. Nevertheless, this will be a welcome move from the firm which could save people’s lives.