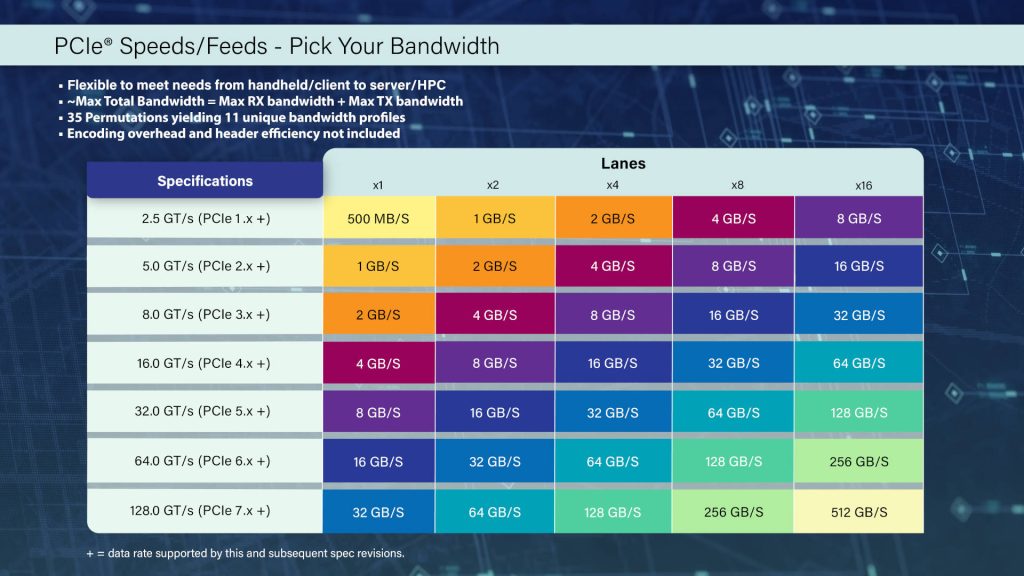 With every new release, the maximum rate of transfer typically doubles in value. For PCIe 7.0, the rated raw bit rate supported will be 128 GT/s, and can go up to 512 GB/s bi-directionally via x16 configuration. To achieve this, the connector will make use of Pulse Amplitude Modulation with 4 levels (PAM4) signalling. 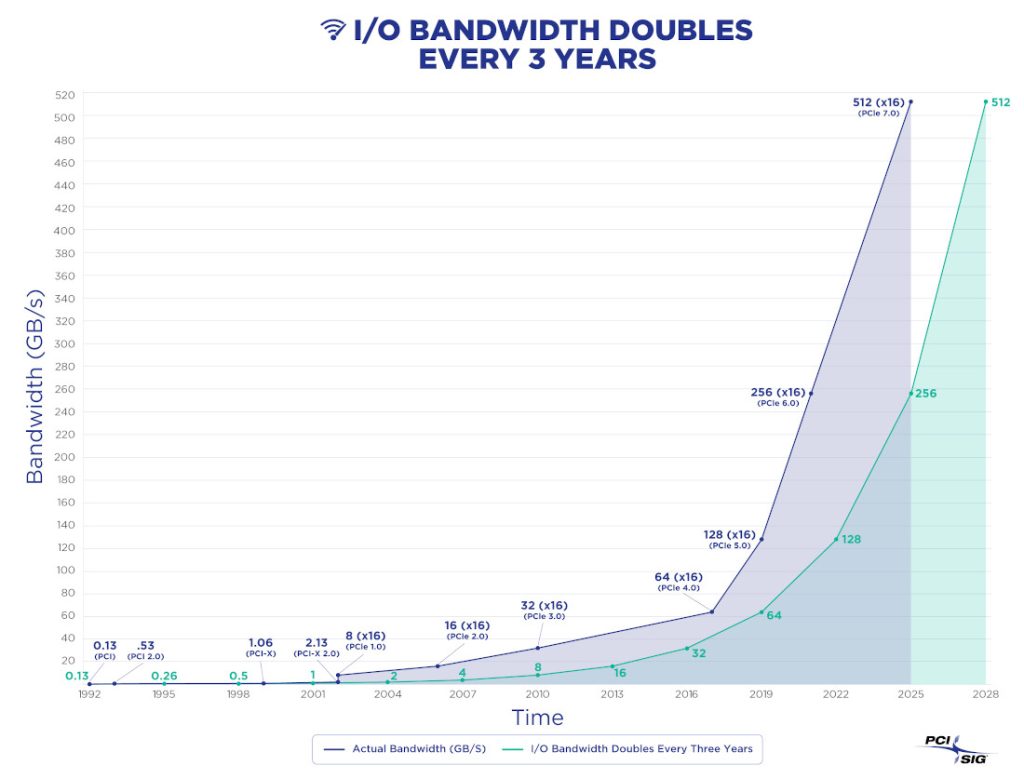 The spec will continue to maintain backward compatibility with all previous generations of PCIe technology, improve upon power efficiency and target low-latency and high-reliability. Regarding workloads, PCIe 7.0 specification is targeted towards 800 G Ethernet, AI/ML, Cloud and Quantum Computing; Hyperscale Data Centers, High-Performance Computing (HPC) and Military/Aerospace.

The PCIe 7.0 specification is planned for release to members in 2025.

Almost like clockwork, PCI-SIG has doubled PCIe specification bandwidth every three years to meet the challenges of emerging applications and markets. Today’s announcement of PCI-SIG’s plan to double the channel’s speed to 512 GB/s (bi-directionally) puts it on track to double PCIe specification performance for another 3-year cycle.