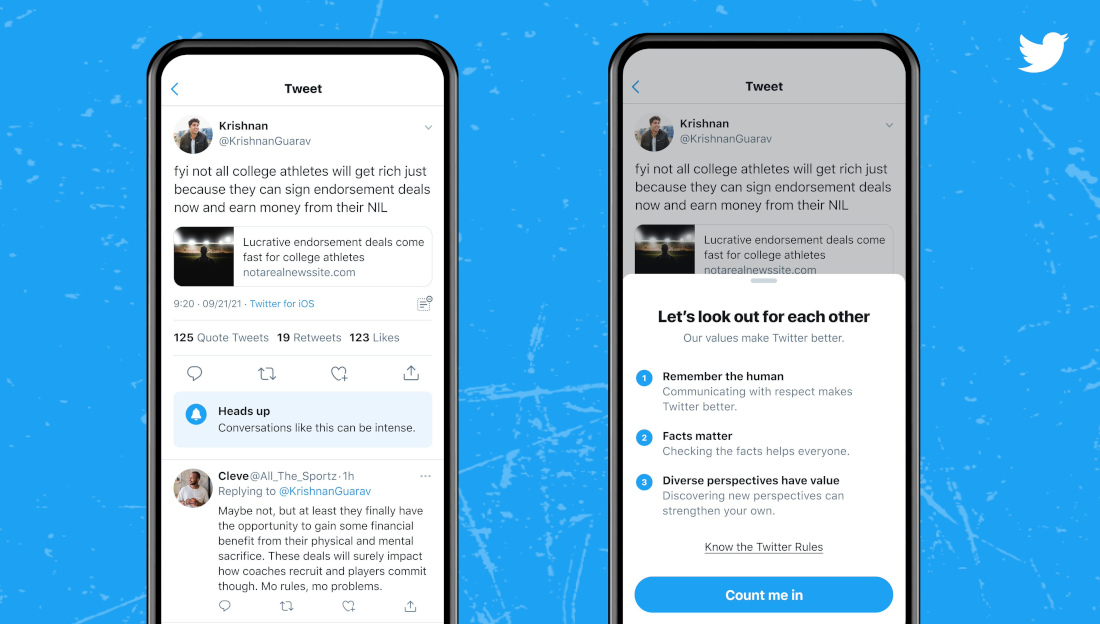 It isn’t uncommon for public conversations on social media platforms to become heated, intense and toxic. To help reduce the chances of having a negative interaction, Twitter is testing a new prompt that will warn users of the possibility of the conversation to become heated or intense.

Due to the nature of social media platforms, it is easy for conversations to get intense and heated, where the participants may misunderstand the ‘vibe’ and type things that they don’t really mean to say. The issue is especially common for controversial topics.

In an attempt to encourage healthier conversations, Twitter is testing a feature that will warn users before joining a conversation that is about to get ‘heated or intense’ Under the tweet, there will be a ‘Heads Up’ tag that will inform users about the conversation they are entering into. Along with this, there will also be a prompt that says:

It is unclear as to how Twitter will detect these kind of conversations, and they have stated that it is a work in progress to encourage healthy conversations on the platform. It is also unclear at the moment as to which accounts this feature is being tested with and when will it roll out to the public.