Twitter has released their earnings report for the second quarter of 2021, recording a total revenue of $1.19 billion globally, which equates to a growth of 74% YoY. Along with this, their average monetizable daily active users have increased by 11% YoY to a total of 206 million users. 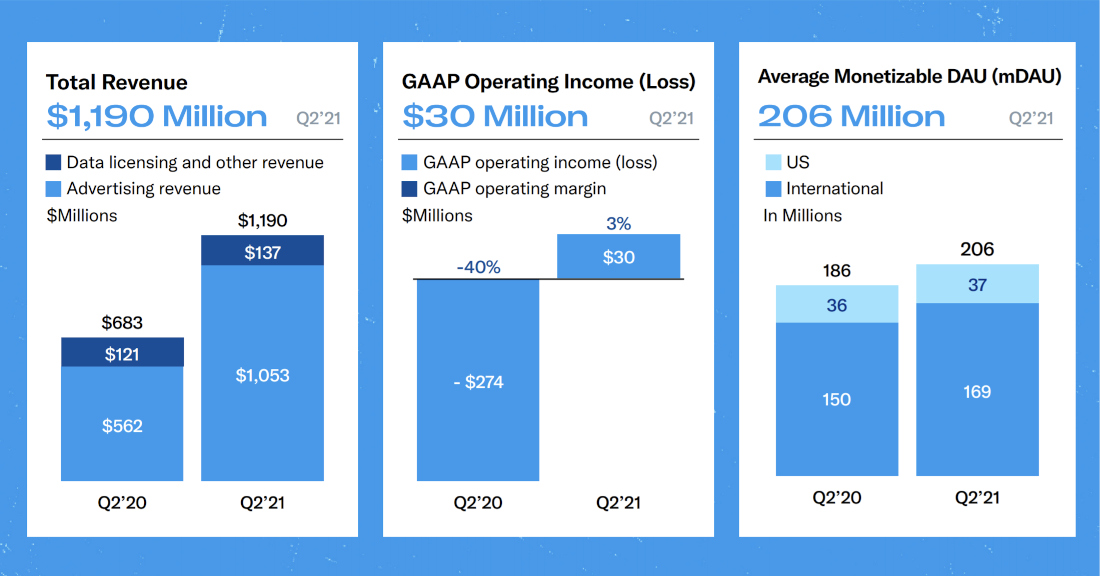 Out of the $1.19 billion earned in total revenue, $653 million was from their U.S.A. userbase, while the international revenue amounted to $537 million. Their second largest market after their home country of U.S.A. is Japan, which contributed to $151 million in revenue during the second quarter of 2021.

Out of this revenue, $1.05 billion came from ad revenue in Q2, 2021, which represents a growth of 87% YoY. Total ad engagements increased by 32% YoY, and cost per engagement (CPE) reportedly increased by 42%. With all expenses considered, Twitter recorded a net income off $66 million in Q2, 2021.

When it comes to the Monetizable Daily Active Usage, the average for U.S.A was 37 million, while average international mDAU was 169 million during Q2, 2021.

For the year 2021, the company is expecting headcount, along with total costs and expenses to grow by 30%. With this, Twitter is expecting total revenue to grow faster than expenses in 2021, as long as the world continues to recover from the COVID-19 pandemic.