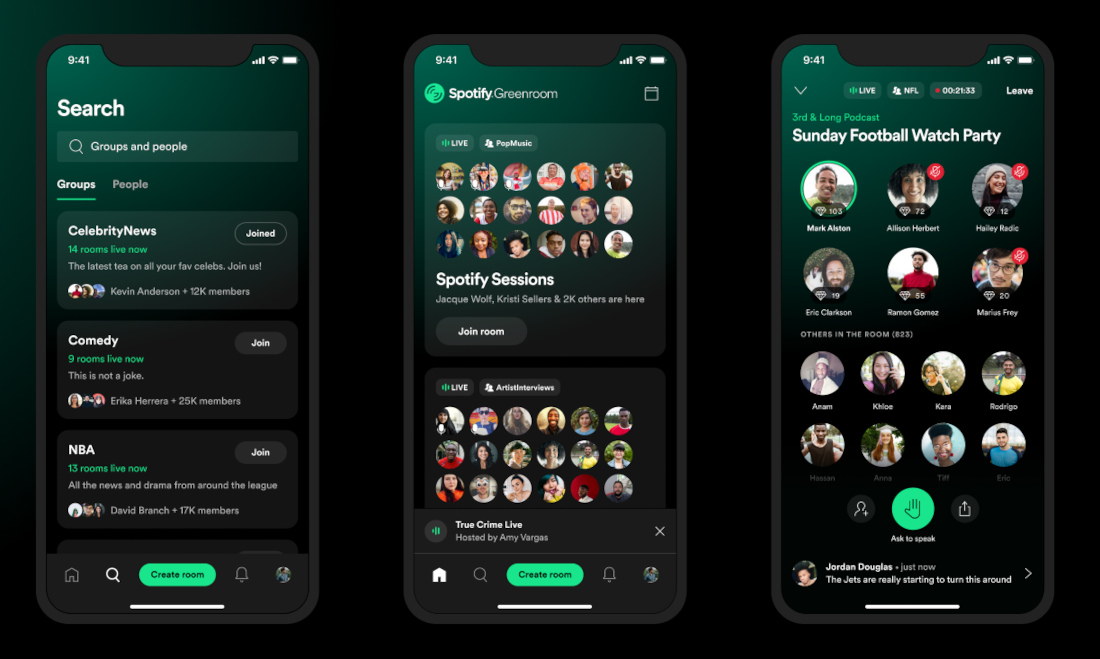 Just a few months ago, Spotify acquired the Betty Labs, who were the developers of Lockeroom, which was an app for live-audio. Spotify has now launched their live-audio app called Spotify Greenroom for both iOS and Android.

With Spotify Greenroom, users can join the service using their existing Spotify login credentials. This should make it easier for people to login. Similar to other audio-based chatroom apps, Spotify Greenroom will allow any user to create a room through a simple process.

Users will be able to search for upcoming Rooms and can quickly join line rooms. Another feature that Spotify highlighted is the ability to join Groups, which are basically categories or topics of interest.

Once you join a room, the user will be able to see all the participants in the room and have the ability to request permission to speak in the room. Spotify has also built in text-based chat feature that will be available along with the live-audio.

Along with the launch of Spotify Greenroom, Spotify announced the Spotify Creator Fund, which is a program to help live audio creators monetize their content. The program is expected to go live later in the summer of 2021.

Spotify Greenroom is available for download on the Play Store (APK) for Android and the App Store for iOS.