The May 15th deadline for accepting WhatsApp’s new terms of service (TOS) and privacy policy is approaching. In an effort to ensure that people will agree to the changes, WhatsApp will begin showing persistent notifications and eventually will start restricting features to the user. 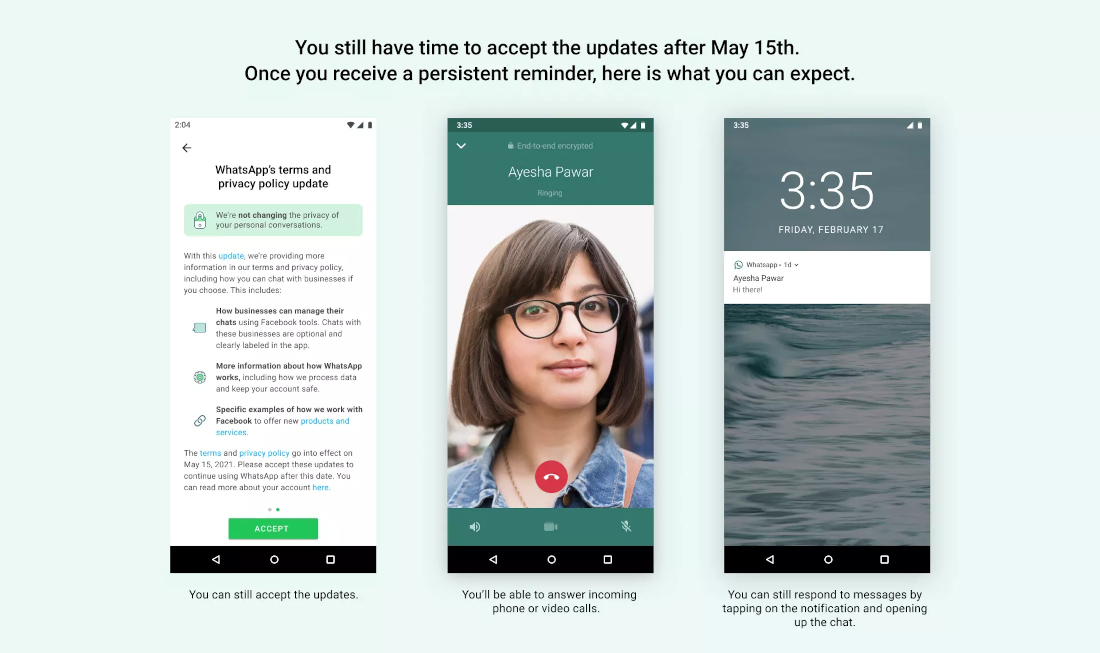 For those users who still haven’t accepted the new privacy policy change, WhatsApp has already begun showing reminders in the app over the past few weeks. These reminders will soon become persistent, according to WhatsApp.

If that doesn’t convince the user, WhatsApp will gradually start limiting core functionalities of the messaging service, which include:

WhatsApp is clearly serious about getting people to accept their new privacy policy change. Facebook, which is WhatsApp’s parent company, is already facing trouble with Apple after the release of the iOS 14.5 App Tracking Transparency feature, which is preventing Facebook from collecting data from Apple users. Losing access to data sharing from WhatsApp users would be a huge blow to Facebook, and they are desperate to prevent that.