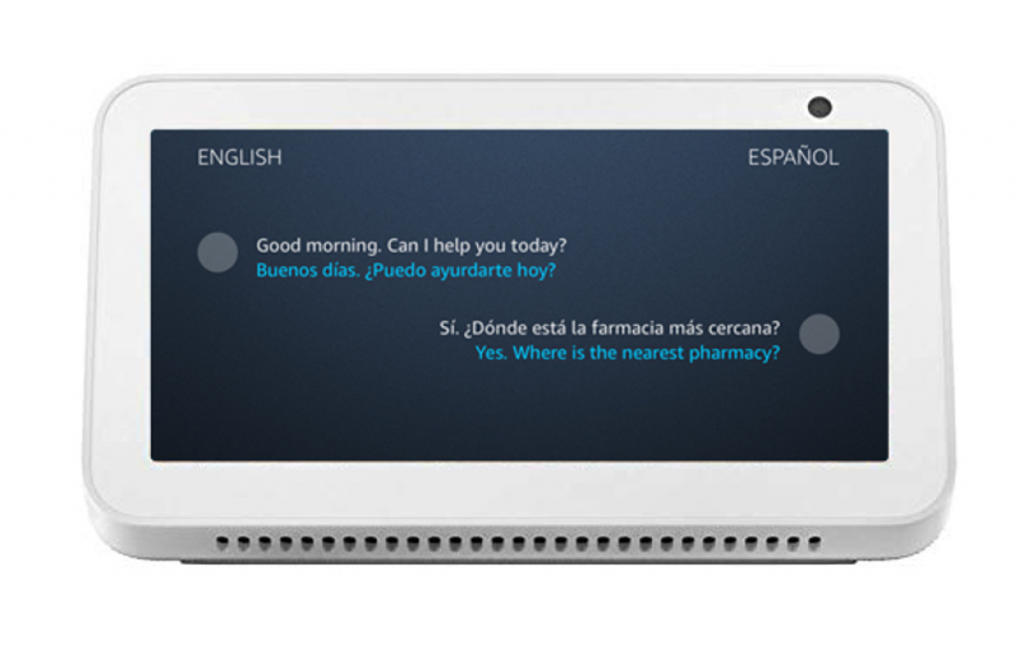 From now, Alexa can translate the conversation between two people speaking in two different languages to converse with each other.

Not so long ago, Amazon launched Alexa’s new Live Translation feature that allows Alexa to act as an interpreter and translating both sides of the conversation.

To use this feature, you need to ask Alexa to initiate a translation session “Alexa, translate Hindi.” Once you hear a beep, you can start speaking with your partner. As the conversation begins, Alexa will automatically identify the language and translate each side of the conversation.

Currently, the translation feature works with six languages including English and Spanish, French, German, Italian, Brazilian Portuguese, or Hindi — on Echo devices with locale set to English US.

Also, Amazon is working on adapting the neural-machine-translation engine to conversational-speech data and generating translations that incorporate relevant contexts, such as tone of voice or formal versus informal translations.

Amazon says Alexa Live Translation is available now on Echo devices in the US. Back in 2019, Google rolled out interpreter mode that lets you translate across 26 languages for its Google Home devices and Smart Displays