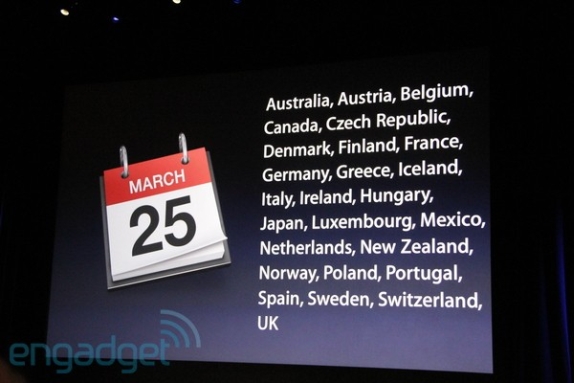 Apple has announced it’s launch plans for the iPad 2. It’s planned to launch in USA first as soon as March 11.  It’s hitting 26 more countries on March 25. Find the list of countries below.

Apple seems to be focusing on USA and Europe right now.Sad that your country is not in that list like India and most of Asia like Singapore and Malaysia was left out ?

Let us know your thoughts below