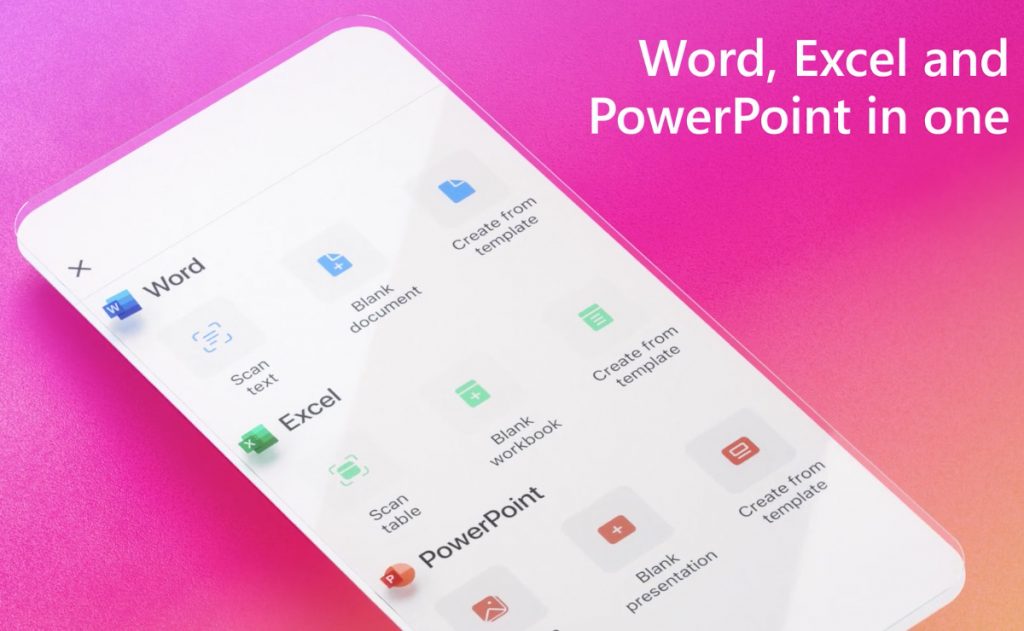 Microsoft Office is arguably the most powerful suite of applications for the work, home, and school on the PC and Mac. However, they didn’t have much of a presence in the mobile app space. Now Microsoft plans to change that with the launch of the new Office app for both iOS and Android that consolidates Word, Powerpoint and Excel into one app. It was released in beta for Android users back in November last year.

Combining all three products into one app reduces the hassle for users who don’t have to install three different apps anymore. Microsoft claims that they have achieved this while still maintaining almost all functionality of the three individual apps.

A functionality included in this release is a feature called Lens technology. With it users can use their phone camera to converting images into editable Word and Excel documents, scan PDFs and capture even whiteboards with digital enhancements. Microsoft has also made it easier to perform simple tasks when working on a mobile device like quick notes, signing PDFs, scanning QR codes and more. Other features that were added since the preview are support for third-party storage services, templates and more.

Microsoft has a lot of features planned for future releases of the Office app. One such feature is word dictation that will let users type documents with their voice. It will also enable voice commands and simple toolbars to apply formatting and punctuation.

Another feature is called Excel Cards View that will let users view and edit data in an Excel table row in a simple, digestible card format. PowerPoint users will soon be able to prepare their PowerPoints by typing their content in a simple outline and have PowerPoint Designer turn it into presentable slides with the proper styling, formatting, and iconography.

The Microsoft Office app is available now for all mobile users worldwide for both Android and iOS. There is a version for Android tablets but it has limited functionality and Microsoft has stated that they are committed to fully optimising the iPadOS and Android tablets Office apps soon.