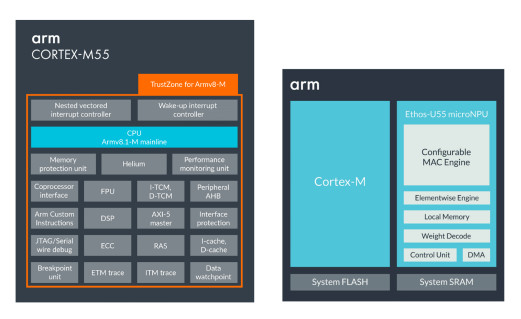 ARM has announced Cortex-M55 processor and Arm Ethos-U55 NPU, which the company says it the industry’s first microNPU (Neural Processing Unit) for Cortex-M, designed to deliver a combined 480x leap in ML performance to microcontrollers.