Acer has introduced a bunch of new products at CES 2020, ranging from thin and lights in convertible and clamshell designs and new creator focused laptops and desktops. Acer is also showcasing its expanded gaming monitor lineups with huge sizes ranging from 32-inches all the way up to 55-inches.

The Spin Convertible series has been updated with slimmer designs, newer Intel 10th Gen Core processors and Wi-Fi 6 support. Both the Spin 5 and Spin 3  come with a fast-charging Acer Active Stylus that have Wacom’s AES (active electrostatic) technology that promises users with a responsive, super-accurate stylus experience with near zero lag.

The laptops feature an aluminium design, USB Type-C with support for Thunderbolt 3 and a long battery of 15 hours (on the Spin 5) that makes the laptop excellent for users who want a single laptop for work, school, entertainment and their hobbies. The Acer Spin series will start from $899 (Rs. 64,765 approx.) for the Spin 5 and $699 (Rs. 50,370 approx.) for the Spin 3 in North America starting from June and April respectively. 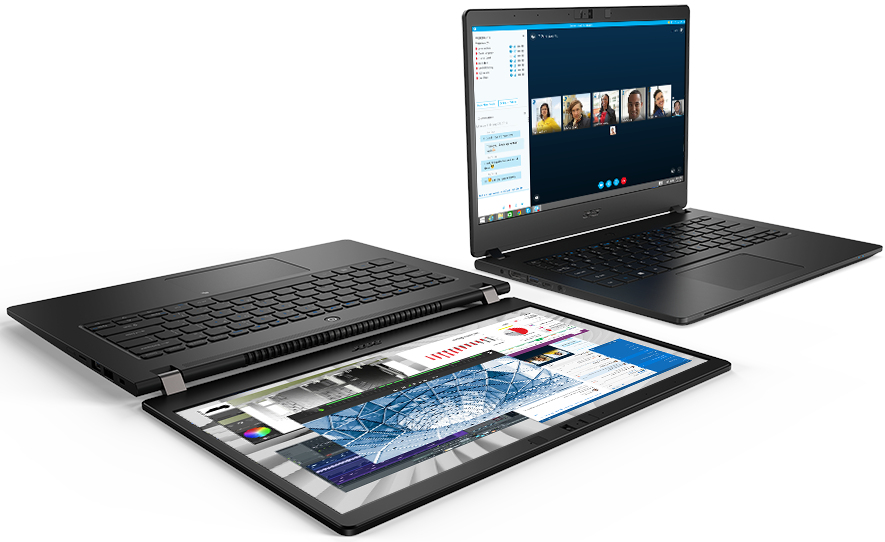 The TravelMate P6 is part of Intel’s new innovation program, the “Athena Project” that is aimed at producing the next generation of ultra book laptops. Acer claims an impressive battery life of 23 hours with quick charge capabilities that can charge the laptop up to 50% in less than 45 minutes. For travelling on-the-go professionals, the laptop also features Optional eSIM-enabled 4G LTE connectivity.

The TravelMate P2 is a little more budget oriented device that features a lesser, but still good, 13-hour battery life, e-SIM 4G LTE support and the new 10th gen Intel CPU’s. Both laptops feature a TPM 2.0 module that ensures secure authentication and safeguards company data along with additional security features, such as the fingerprint reader and Windows Hello support. 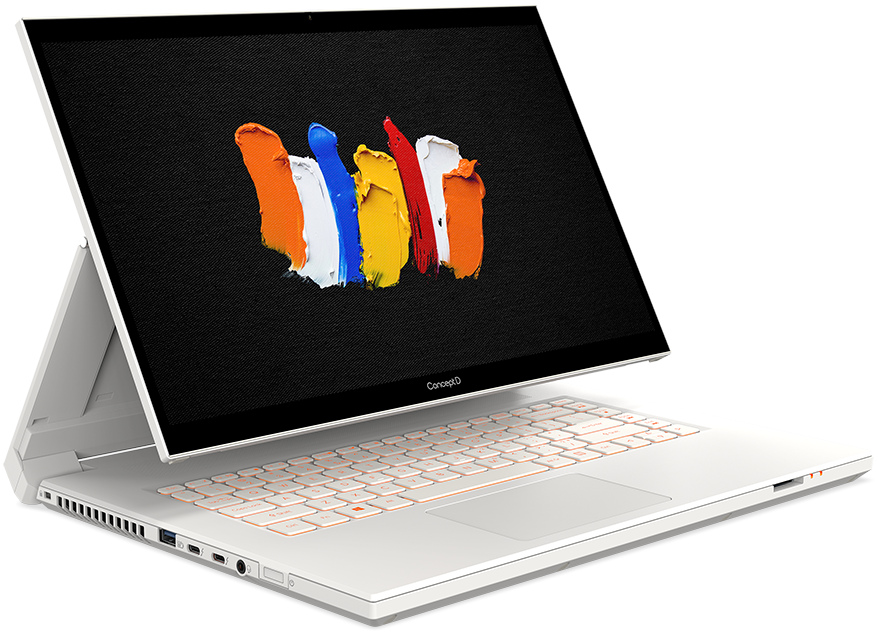 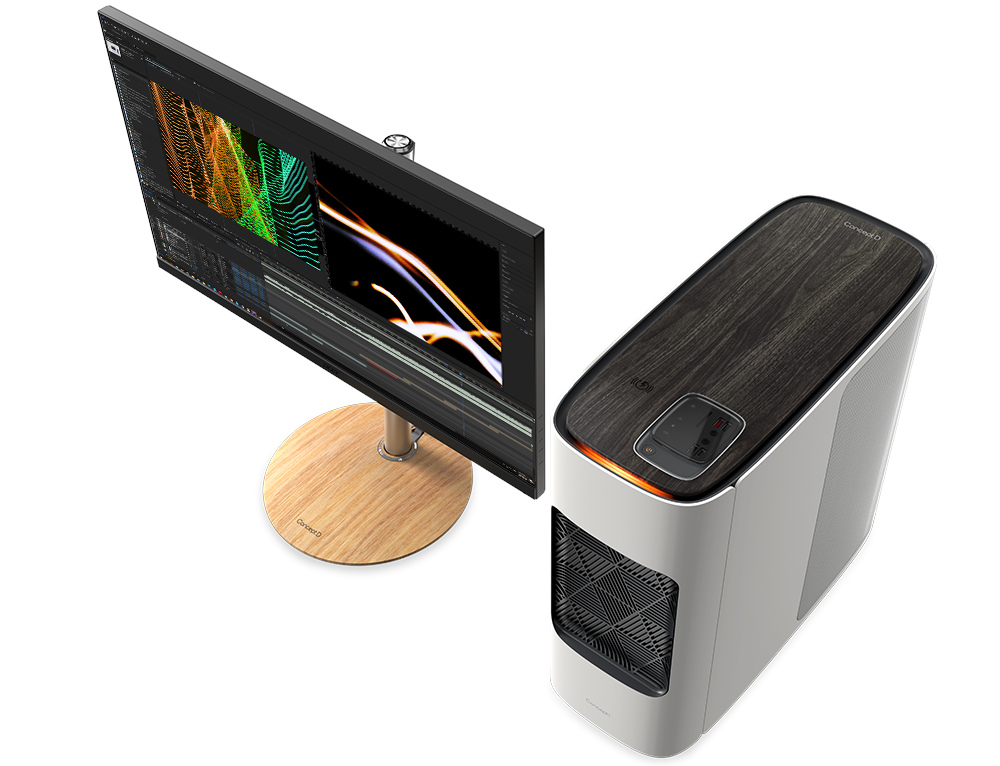 The ConceptD 700 Workstation on the other hand is targeted at filmmakers, animators and AEC (architecture, engineering, construction) designers. The workstation can be configured with Intel Xeon E processor and up to NVIDIA Quadro RTX 4000 graphics. It will run Nvidia’s Studio drivers and will come with up to 64 GB 4x DIMM 2666 MHz DDR4 memory. 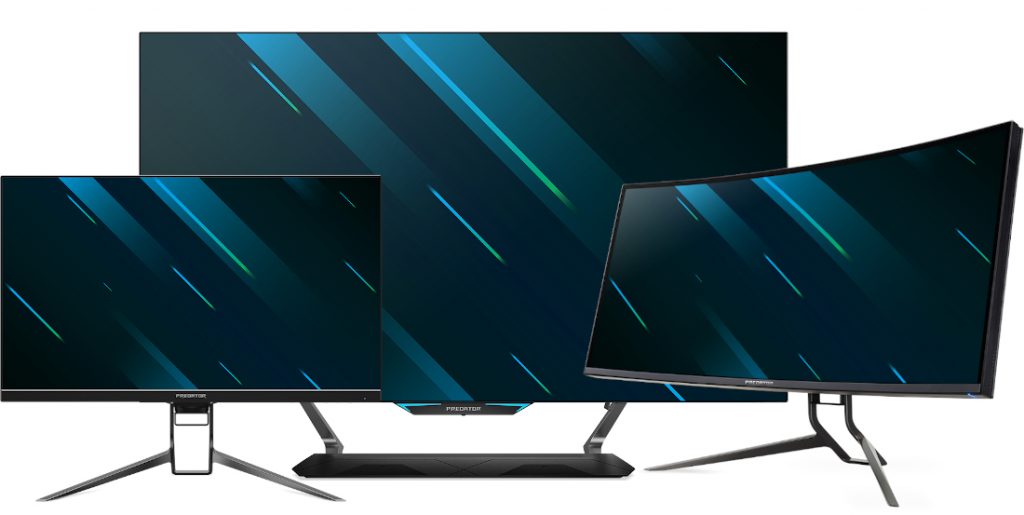 The Predator X32 offers a UHD 10-bit color 144 Hz IPS NVIDIA G-Sync Ultimate compatible panel that covers an impressive 89.5% of the Rec2020 color gamut and 99% of the AdobeRGB colour space. The Predator X38, on the other hand, is a 38-inch 2300R curved monitor, with impressive specs like 175 Hz refresh rate (overclock) and 1 ms G to G response time, VESA DisplayHDR 400 certification and NVIDIA G-Sync support.

Finally, we have the Predator CG552K Gaming Monitor which is a 55-inch monster of a monitor belonging to NVIDIA’s BFGD class of monitors. The monitor features a 4K (3840 x 2160) OLED 120Hz panel with an incredibly fast 0.5 ms (G to G) response time and also has a built-in proximity sensor, that can detect users in the room and enter power saving mode accordingly.