Fitbit has released sleep data insights from across 18 countries which show that Indians are the second most sleep-deprived and are the least active. Fitbit has collected more than 10.5 billion nights of sleep data over the years and has shared this insight on Indian users.

Furthermore, Indians spend 57 minutes awake on an average each night they sleep, representing close to 13.5% of their nightly sleep and the age-group 75-90 get the lowest sleep (6 hours 35 minutes on average) compared to other age groups, whereas users in the age group of 18-25 go to bed more than an hour later (12:33 AM) than users in 75-90 age group (11:22 PM). Indians also log in only 6533 steps daily, the least amongst all 18 countries which are 3600 steps lesser than the average of the most active country Hong Kong. 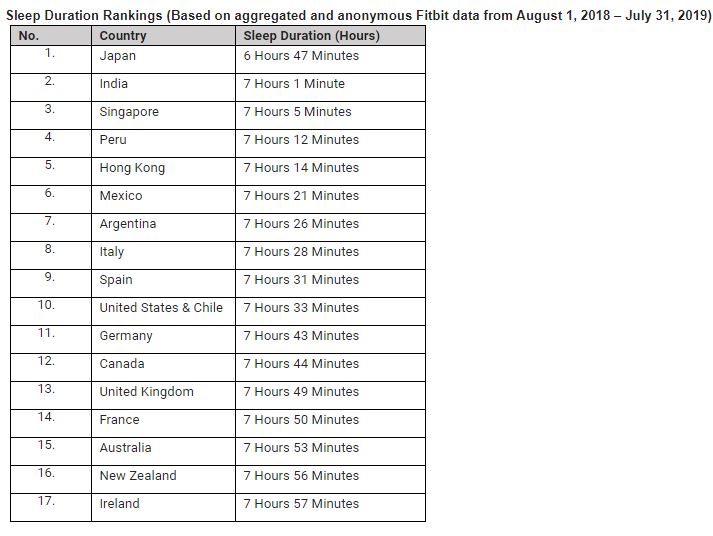