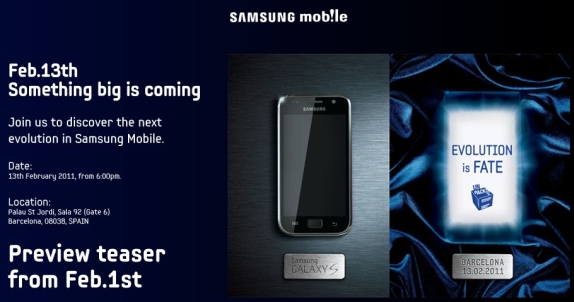 Samsung has already starting sending out teasing invites for it’s MWC launch event next month in Barcelona. Samsung says that Evolution is Fate and teases a Galaxy S successor which will be unveiled on Feb 13th 2011. We should be getting more details on Feb 1st.

Last year Samsung launched the Wave at MWC 2010 and the launch party was something we had never experienced before. We are not going to miss this year’s event for sure.

FoneArena will be reporting live from the Samsung Event